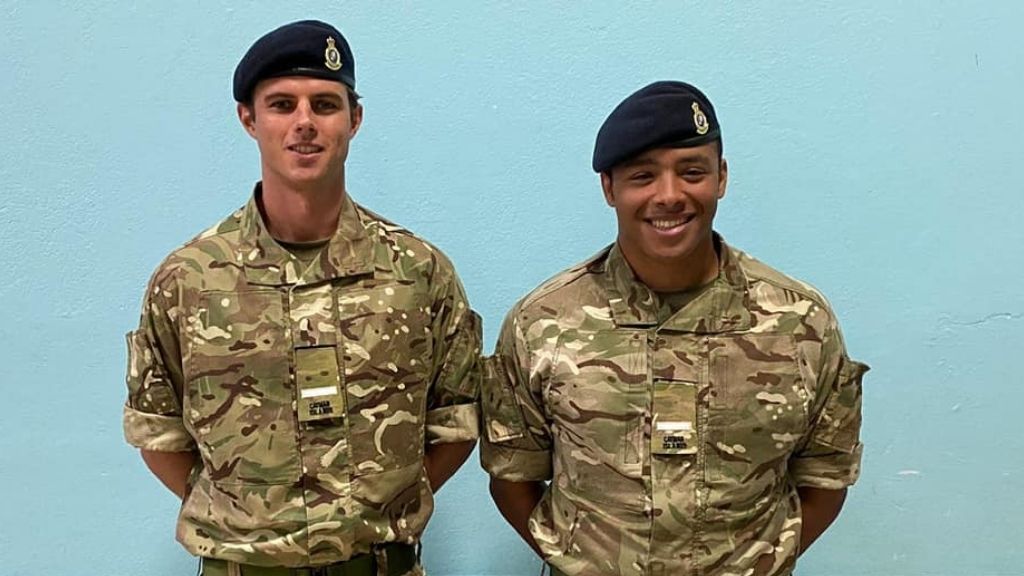 Nathan Dack and Tyler Lawson left for London on September 18 to receive training at one of the world’s leading military academies thanks to support from UK Ministry of Defence. Both Caymanian, the training will prepare them for their future roles supporting the Cayman community during hurricane season or in the event of emergencies or unforeseen events.

RMAS is where all officers in the British Army are trained to take on the responsibility of leading their soldiers. During training, all officer cadets learn to live by the academy’s motto, ‘Serve to Lead.’

The next phase of the recruitment for reservists is now underway.

A bill is now out for public comment on how the Regiment will operate and be governed. Governor, Martyn Roper, has stressed that "this is Cayman’s Regiment," indicating that "The UK has no economic, political, security or national interest in anything other than supporting Cayman and the region in disaster preparedness and resilience."

Mr Roper emphasized that the UK is supporting Cayman's request to set up its own regiment.

The Legislative Assembly will next month debate a Bill on how the Regiment will operate and be governed. The legislation is currently available for public comment.