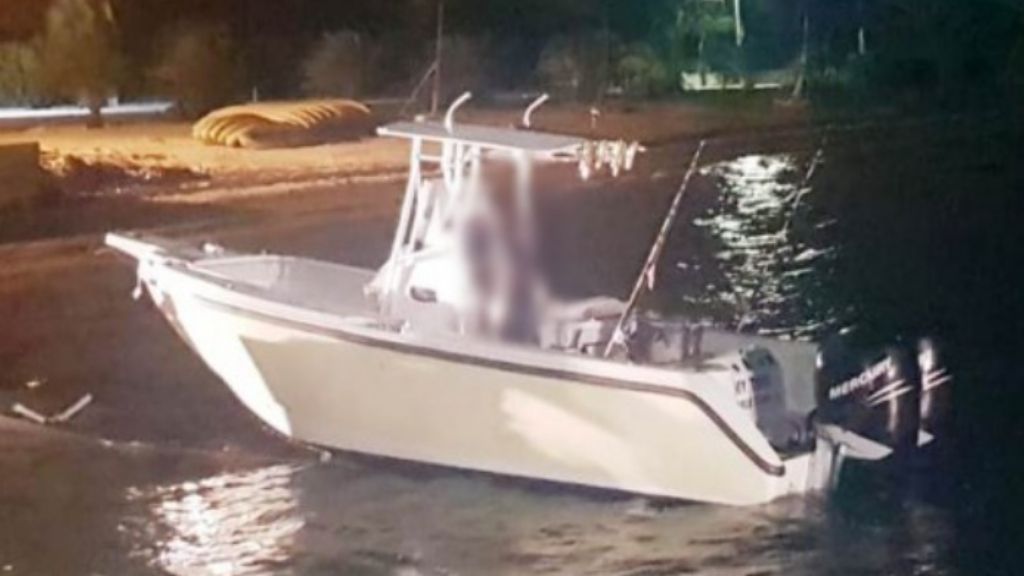 The boat that was intercepted

Five men have been arrested and two charged in relation to a drug boat interception.

Just after 12:30AM on Monday morning, 26 August, police observed a vessel attempting to be placed on a trailer at the Red Bay Dock. When the officers approached to investigate what was happening, the boat reversed off the trailer and made off, discarding packages along the way.

The Air Operations Unit and the Joint Marine Unit intercepted the vessel that made off from the Red Bay Dock in the area of South Sound. Two occupants, a 41-year-old-man and a 45-year-old-man, both from West Bay, were arrested and have since been charged with Being Concerned in the Importation of Ganja.

A number of packages were recovered which contain Ganja with an approximate weight of 350lbs.

The other three men have been bailed pending further investigations.