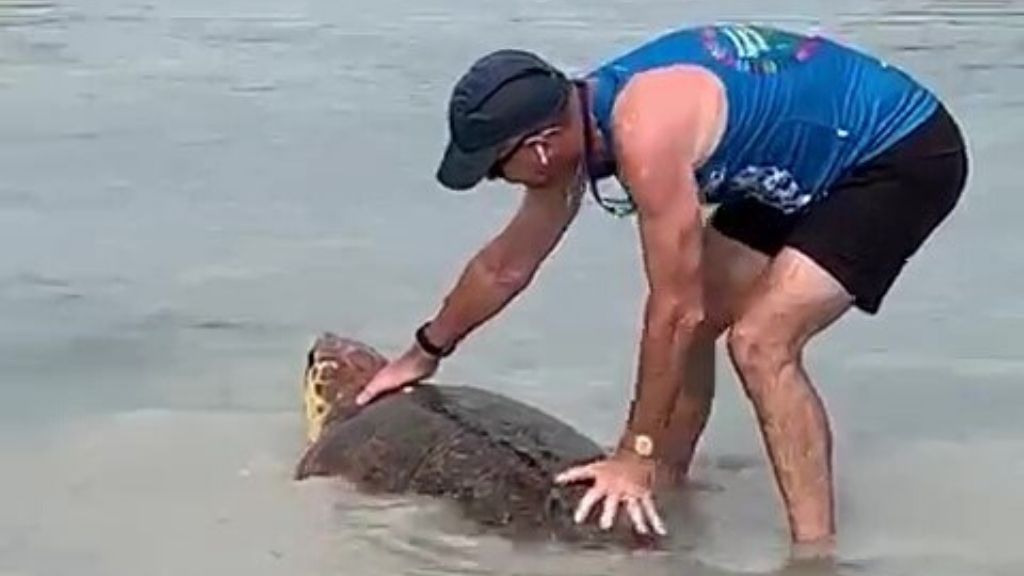 There has been a great deal of turtle news in Grand Cayman over the past week and a half!

On Wednesday May 20th the Roulstone family discovered the juvenile green turtle on Seven Mile Beach. Waves had washed the turtle over a ledge of beach rock where it became trapped in shallow water near shore. After consulting with DoE, the family moved the turtle over the rock ledge and watched it swim quickly away into the open sea.

On Friday, May 22nd, a beachfront resident and DoE Deputy Director Timothy Austin found the loggerhead turtle during the Department's turtle nesting beach monitoring. The 300+ lb adult female was trapped in a rock pool which she entered when returning to the sea after nesting. She was also released healthy and unharmed into the sea.

In other news, on 26 May, the DoE documented the first wild green turtle nest of the 2020 nesting season.

During the past 21 years of DoE Grand Cayman sea turtle monitoring, only two other green turtle nests were found in May. Typically green turtle nesting season begins in mid-to-late June and peaks in August.

The species of turtle that laid a nest can be determined by examining the tracks and pit left in the sand. This identification is confirmed when the nest is evaluated after hatching.

All sea turtles in the Cayman Islands are protected under the National Conservation Law. If you see an injured or dead turtle contact DoE before handling or transporting it: call DoE Chief Conservation Officer Mark Orr at 916-4271 or the DoE's Turtle Hotline at 938-NEST (938-6378).

Green Turtle suffers gash to the head, taken for treatment