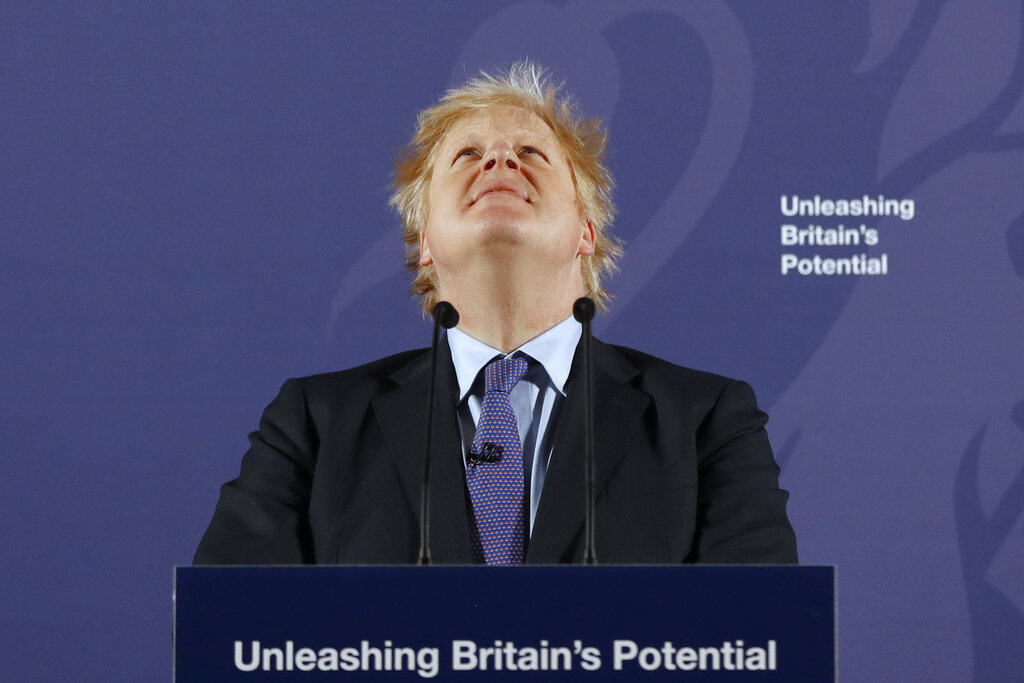 Uncertainty related to Brexit seems to have weighed heavily on the British economy during the final quarter of 2019 as output flat-lined, official data showed Tuesday.

In its first assessment of the quarter as a whole, the Office for National Statistics said increases in the services and construction sectors were offset by another poor showing from manufacturing, particularly the motor industry.

As a result, the economy stagnated following an upwardly revised 0.5 per cent growth performance in the third quarter.

Overall, the British economy grew by 1.4 per cent in 2019, just ahead of the previous year's rate of 1.3 per cent. That annual performance was slightly better than anticipated and largely due to the fact that the previous two quarterly performances were revised higher.

The statistics agency noted that growth has been “particularly volatile” throughout 2019, in part reflecting “changes in the timing of activity" related to the UK’s delayed exit dates from the European Union.

Brexit wasn't the only reason behind the flat performance. Like other major economies in Europe, Britain has been hurt by the trade war between the United States and China, which has hobbled global growth.

Compared with other countries, Britain actually didn't do that badly — the nearby 19-country Eurozone economy only expanded by 0.1 per cent during the quarter, with France contracting during the period.

Britain officially left the EU on January 31 but was meant to have done so on previous occasions during 2019. That fostered a high degree of uncertainty that prompted many firms, particularly those in the industrial sector such as car manufacturers, to tweak with their production schedules.

That was evident in the quarterly manufacturing figures, which showed a 1.1 per cent quarterly decline in output, with many firms holding back production around the time of the October 31 Brexit departure date, which was subsequently extended by three months.

The quarterly stagnation was widely anticipated in light of the uncertainty that was dominant at the time. During the October-December period, Britain was in the midst of one of its biggest political crises in decades that eventually led to a general election on December 12.

The victory for Prime Minister Boris Johnson's Conservative Party ended the uncertainty over whether Britain would actually leave the European Union as he had the numbers in the House of Commons to drive through his withdrawal agreement with the bloc.

There will now be interest to see if the economy starts to rebound this year.

“The sharp reduction in domestic political uncertainty since the election ... should enable the economy to regain momentum in the first quarter (of 2020),” said Samuel Tombs, chief UK economist at Pantheon Macroeconomics.

Some evidence did emerge in Tuesday's report to suggest that the greater clarity that emerged with the election has helped shore up the economy. The statistics agency said the economy grew by 0.3 per cent in December, offsetting the previous month's decline. Monthly figures though can be volatile so the increase should be treated with caution.

Brexit uncertainty has been largely to blame for Britain’s tepid growth in the years since the country voted to leave the EU in June 2016. Firms have been holding back investment amid fears that Britain would leave the EU without a divorce deal and consumers have become cautious. Some Brexit uncertainty remains as it’s still not clear what the economic relationship between Britain and the EU will look like beyond the end of this year.

Britain is now in a transition period through the end of the year during which time it will remain part of the EU’s tariff-free single market and customs union. Johnson has said he won’t request an extension to that transition period and that 11 months represents ample time to secure a comprehensive new trade deal between Britain and the EU for goods and services.