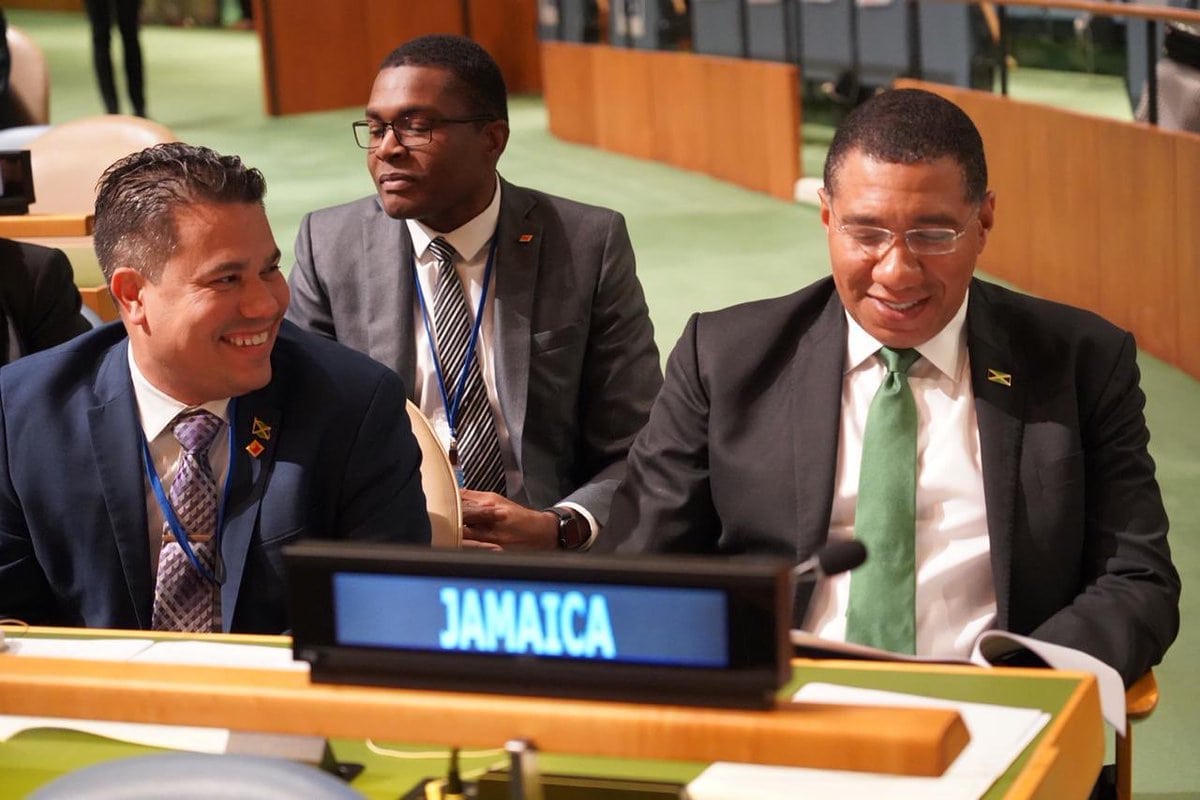 Jamaica's Prime Minister, the Honourable Andrew Holness at the UNGA

Due to their status as an overseas territory of the UK, the Cayman Islands have no representation on the United Nations and are not listed as a UNESCO SIDS member state. That said, given their small size and island status, and their inclusion on the SIDS list as an Associate Member on the Regional Commission, major issues impacting the Cayman Islands were addressed by the representatives of the SAMOA Pathway (or Small Island Developing States Accelerated Modalities of Action) at the United Nations one-day high level review that took place during the United Nations General Assembly on September 27th 2019.

The development challenges of Caribbean nations, as a cluster of many small island developing states, are similar. These include statistical marginalization, due to small aggregate population size, geographic and economic isolation, resource limitations, environmental fragility, vulnerability to climate change and extreme weather, and the high costs of transportation and energy. SIDS are also disproportionately dependent on larger countries and their own natural resources, including the blue economy or the ocean, for their livelihoods.

The SAMOA Pathway features 300 multi-stakeholder partnerships in support of SIDS as well as a unique intergovernmental SIDS Partnership Framework which monitors the progress of existing partnerships and encourages the establishment of new partnerships for the sustainable development of SIDS.

In her address at the United Nations General Assembly, Barbados’ Prime Minister, The Honourable Mia Amor Mottley, addressed the delegation in an impassioned appeal on behalf of the Caribbean. “We have come to this point of time with a selfishness that is unparalleled,” she said.

Some of the issues that were raised included the lack of support for disaster risk reduction, resilience and response. Mottley warned that larger more developed countries should expect to receive climate refugees in response to the environmental decline that is overwhelmingly affecting SIDS, despite the limited contribution that they have made to it on an aggregate level.

Foreign Affairs Minister of Belize Wilfred Elrington, who also spoke, argued that “Our beaches are disappearing, our drinking water is being salinated, our oceans and seas are warming, acidifying and deoxygenating threatening our reefs and our fisheries. And if we are not experiencing more frequent flooding events, we are experiencing extreme drought events.”

As a country that is considered to be one of the most vulnerable in the region to hurricanes, given its location and its historic experience with natural disasters, the Cayman Islands indirectly benefited from the discussions at these meetings and the overall work of the SAMOA Pathway.

A way must be found to get the Associate Members on the Regional Commission to be more involved in dialogue surrounding SIDS.