UN votes overwhelmingly to condemn US embargo on Cuba 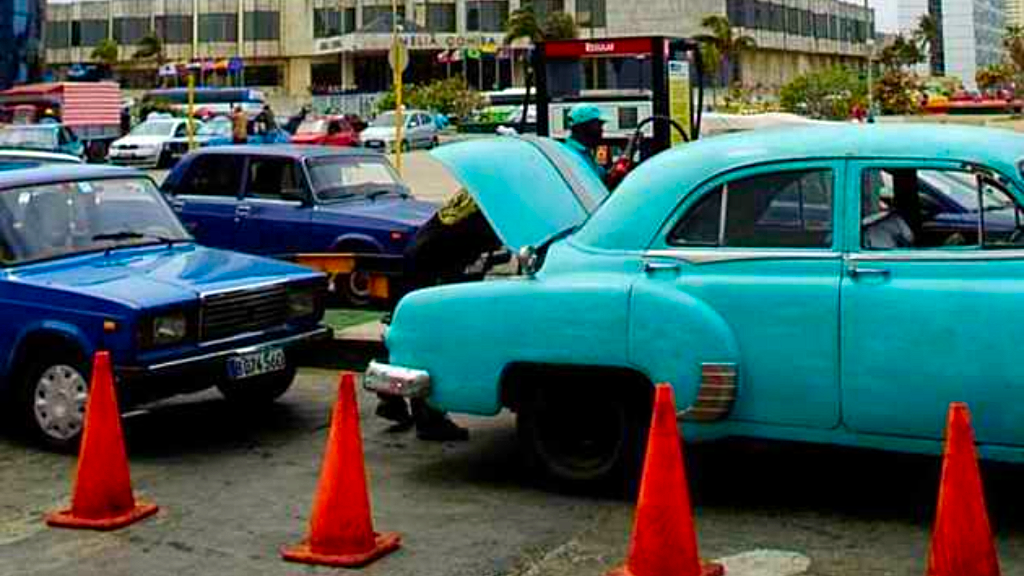 The UN General Assembly voted overwhelmingly Thursday to condemn the American economic embargo of Cuba for the 28th year, rejecting US criticism of human rights violations there and criticizing the Trump administration's increasingly tough enforcement measures.

The vote in the 193-member world body was 187-3 with the US, Israel and Brazil voting "no," and Colombia and Ukraine abstaining. Last year, the assembly voted 189-2 with the US and Israel voting "no" and no abstentions.

For the second year, Moldova did not vote.

General Assembly resolutions are not legally binding and are unenforceable, but they reflect world opinion and the vote has given Cuba an annual stage to demonstrate the isolation of the US on the embargo.

It was imposed in 1960 following the revolution led by Fidel Castro and the nationalization of properties belonging to US citizens and corporations. Two years later it was strengthened.

Brazil's conservative government, led by President Jair Bolsonaro, was the first in Latin America to vote against the resolution in at least five years.

"Brazil will stand alone with this in the region, and what that shows is that being close to the United States is a key priority, and basically that it is more important than voting together with other Latin American countries," Oliver Stuenkel, an expert at the Getulio Vargas Foundation in Sao Paulo said.

Cuba's Foreign Minister Bruno Rodriguez said the Trump administration has "aggressively intensified" implementation of the embargo against other countries, and has tried to prevent the arrival of shipments to Cuba "by resorting to sanctions and threats against vessels, shipping companies and insurance companies."

"It does not conceal its intention which is economically to suffocate Cuba and to increase damage, scarcities and hardships on our people," he said.

US Ambassador Kelly Craft told the assembly that the United States, like all nations, can choose who to trade with so "it is worrying" that the international community, in the name of protecting Cuba's sovereignty, continues to challenge this right.

"But what is even more concerning is that every year, this body entertains the claim that the Cuban regime has no other choice than to abuse its own people in response to the embargo," she said.

Craft pointed to the arrest of Cuban human rights defender Jose Ferrer and other advocates last month on what she called fabricated charges.

She also cited government restrictions on Cuban doctors working abroad who are "forced to return all but a few dollars of their income to the Communist Party," the silencing of political activists, state control of the media, and the lack of free choice in employment.

Cuba's Rodriguez countered that "the United States government does not have the slightest moral authority to criticize Cuba or any other country when it comes to human rights."

He said what Cuba calls the US "blockade has caused incalculable humanitarian damages" and amounts to a major human rights violation.

Rodriguez accused the US of exercising "its imperialist domination," increasing its military presence in Latin America, and using "interventionist and unacceptable language" against Venezuelan President Nicolás Maduro's government.

"Neither threat nor blackmail will ever extract the least political concession from us," the Cuban minister said. "We will not back down from our determination to achieve a civilized relationship with the US government based on mutual respect."

Venezuela's Foreign Minister Jorge Arreaza, who spoke before the vote, said it was time to "put an end to this imperialist madness."

Craft, the US ambassador, said Cuba is collaborating with the Maduro regime in perpetrating an economic and humanitarian crisis in Venezuela that is contributing to regional instability.

In 2017, the US returned to voting against the Cuban-sponsored General Assembly resolution on ending the US embargo on Cuba after the Obama administration abstained in 2016, a first for the United States in 25 years.

Palestinian Ambassador Riyad Mansour, speaking on behalf of the Group of 77 which represents 134 developing countries, recalled "the positive steps" of the Obama administration and expressed regret at the Trump administration's efforts to strengthen the embargo against Cuba.

Craft told reporters after the vote that "the ugliest part" of the day was listening to diplomats peddling "this fiction that the Cuban regime is powerless" to help its people.

"The US will not take responsibility for the human rights abuses of the Cuban regime," she said.

Washington banning US flights to all Cuban cities but Havana