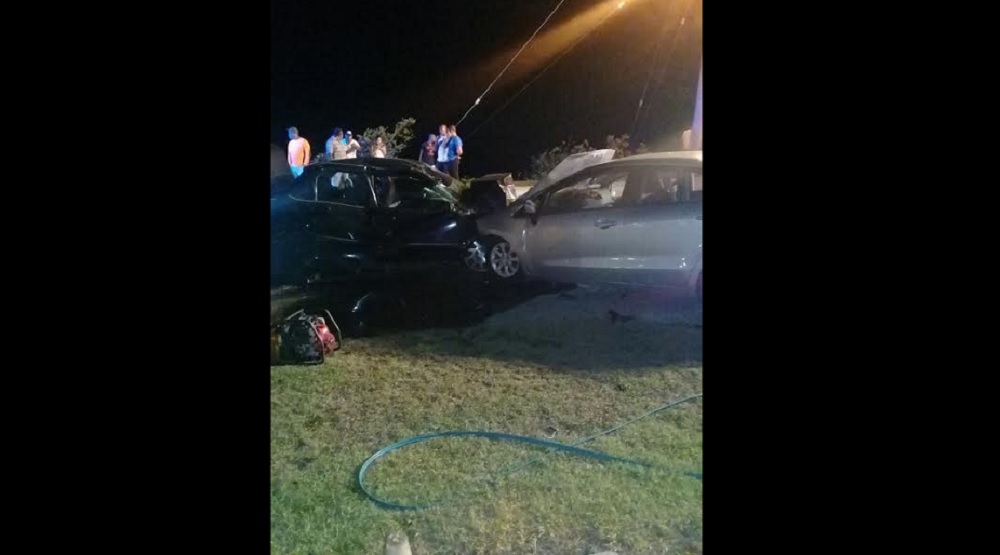 Eye Witness photo from the scene of the East End Collision on May 2.

The Royal Cayman Islands Police Service (RCIPS) are reporting that all three occupants who were travelling in a rental vehicle died when they collided with a Honda Accord motorcar.

However, the RCIPS have denied reports that that they were chasing one of the vehicle.

RCIPS revealed that the Honda motorcar was registered as speeding on a police patrol RADAR moments before it crossed over to the wrong side of the road and collided with the rental vehicle.

According to RCIPS their police car was turning around when the accident occurred; before they could commence action in relation to the speeding vehicle.

According to RCIPS, at about 7:17 PM on Tuesday a small Toyota rental motorcar headed East along Austin Conolly Drive, just east of John McLean Drive, collided with a Honda Accord motorcar headed in the opposite direction.

All three occupants of the Toyota rental are deceased. The driver was a male adult and the two passengers were female adults.

The male adult driver of the Honda motorcaris also deceased.

A 27-year-old male passenger and a 12 year old child are said to be in serious medical condition at the George Town Hospital.

The scene of the accident is still being processed by the police and the road remains closed.