US impeachment hearings go live on TV with the 1st witnesses 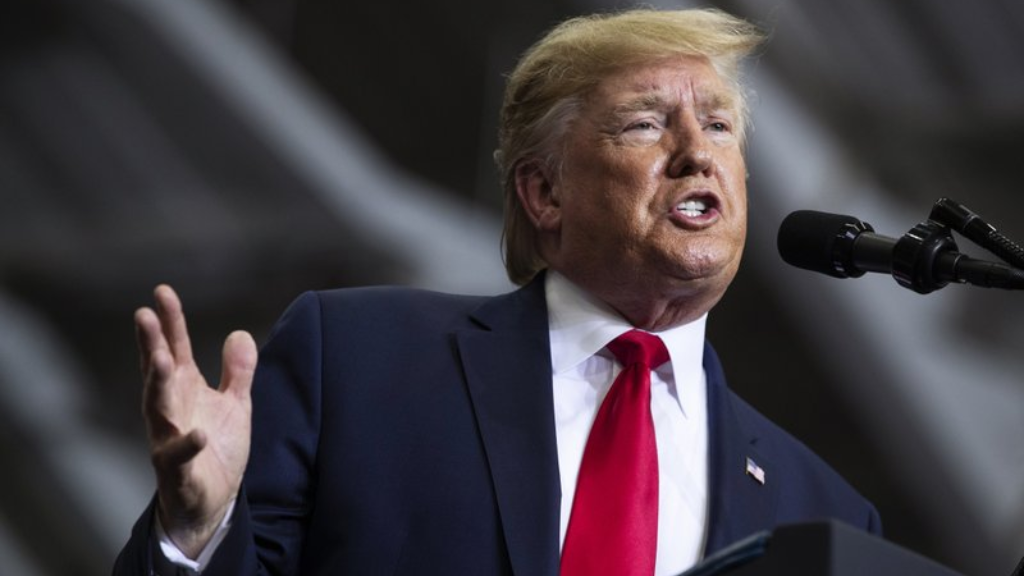 The closed doors of the Trump impeachment investigation are swinging wide open.

When the gavel strikes at the start of the House hearing on Wednesday morning, America and the rest of the world will have the chance to see and hear for themselves for the first time about President Donald Trump's actions toward Ukraine and consider whether they are, in fact, impeachable offences.

It's a remarkable moment, even for a White House full of them.

All on TV, committee leaders will set the stage, then comes the main feature: Two seasoned diplomats, William Taylor, the greying former infantry officer now charge d'affaires in Ukraine, and George Kent, the deputy assistant secretary in Washington, telling the striking, if sometimes complicated story of a president allegedly using foreign policy for personal and political gain ahead of the 2020 election.

So far, the narrative is splitting Americans, mostly along the same lines as Trump's unusual presidency. The Constitution sets a dramatic, but vague, bar for impeachment, and there's no consensus yet that Trump's actions at the heart of the inquiry meet the threshold of "high crimes and misdemeanours."

Whether Wednesday's proceedings begin to end a presidency or help secure Trump's position, it's certain that his chaotic term has finally arrived at a place he cannot control and a force, the constitutional system of checks and balances, that he cannot ignore.

The country has been here just three times before, and never against the backdrop of social media and real-time commentary, including from the Republican president himself.

"These hearings will address subjects of profound consequence for the Nation and the functioning of our government under the Constitution," said Democratic Rep. Adam Schiff of California, the chairman of the Intelligence Committee leading the inquiry, in a memo to lawmakers.

Schiff called it a "solemn undertaking," and counselled colleagues to "approach these proceedings with the seriousness of purpose and love of country that they demand."

"Total impeachment scam," tweeted the president, as he does virtually every day.

Impeachments are rare, historians say, because they amount to nothing short of the nullification of an election. Starting down this road poses risks for both Democrats and Republicans as proceedings push into the 2020 campaign.

Unlike the Watergate hearings and Richard Nixon, there is not yet a "cancer on the presidency" moment galvanizing public opinion. Nor is there the national shrug, as happened when Bill Clinton's impeachment ultimately didn't result in his removal from office. It's perhaps most like the partisanship-infused impeachment of Andrew Johnson after the Civil War.

Trump calls the whole thing a "witch hunt," a retort that echoes Nixon's own defence. Republicans say Democrats have been trying to get rid of this president since he took office, starting with former special counsel Robert Mueller's investigation into Russian interference to help Trump in the 2016 election.

Democratic House Speaker Nancy Pelosi was initially reluctant to launch a formal impeachment inquiry. As Democrats took control of the House in January, Pelosi said impeachment would be "too divisive" for the country. Trump, she said, was simply "not worth it."

After Mueller's appearance on Capitol Hill in July for the end of the Russia probe, the door to impeachment proceedings seemed closed.

But the next day Trump got on the phone.

For the past month, witness after witness has testified under oath about his July 25 phone call with Ukraine's newly elected president, Volodymyr Zelenskiy, and the alarms it set off in US diplomatic and national security circles.

In a secure room in the Capitol basement, current and former officials have been telling lawmakers what they know. They've said an earlier Trump call in April congratulating Zelenskiy on his election victory seemed fine. The former US reality TV host and the young Ukrainian comedian hit it off.

But in the July call, things turned.

An anonymous whistleblower first alerted officials to the phone call. "I have received information from multiple US Government officials that the President of the United States is using the power of his office to solicit interference from a foreign country in the 2020 election," the person wrote in August to the House and Senate Intelligence committees. Democrats fought for the letter to be released to them as required.

"I am deeply concerned," the whistleblower wrote.

Trump insisted the call was "perfect." The White House released a rough transcript. Pelosi, given the nod from her most centrist freshman lawmakers, opened the inquiry.

"The president has his opportunity to prove his innocence," she told Noticias Telemundo on Tuesday.

Defying White House orders not to appear, witnesses have testified that Trump's acting chief of staff, Mick Mulvaney, was withholding US military aid to the budding democracy until the new Ukraine government conducted investigations Trump wanted into Democrats in the 2016 election and his potential 2020 rival, Joe Biden, and his son, Hunter.

It was all part of what Taylor, the long-serving top diplomat in Ukraine, called the "irregular" foreign policy being led by Trump's personal attorney, Rudy Giuliani, outside of traditional channels.

Taylor said it was "crazy" that the Trump administration was withholding US military assistance to the East European ally over the political investigations, with Russian forces on Ukraine's border on watch for a moment of weakness.

On Friday, the public is scheduled to hear from Marie Yovanovitch, the former US ambassador to Ukraine, who told investigators she was warned to "watch my back" as Trump undercut and then recalled her.

Eight more witnesses will testify in public hearings next week.

"What this affords is the opportunity for the cream of our diplomatic corps to tell the American people a clear and consistent story of what the president did," said Rep. Mike Quigley, D-Ill., a member of the Intelligence panel.

"It takes a lot of courage to do what they are doing," he said, "and they are probably just going to be abused for it."

Republicans, led on the panel by Rep. Devin Nunes, a longtime Trump ally from California, will argue that none of those witnesses has first-hand knowledge of the president's actions. They will say Ukraine never felt pressured and the aid money eventually flowed, in September.

Yet Republicans are struggling to form a unified defence of Trump. Instead they often fall back on criticism of the process.

Some Republicans align with Trump's view, which is outside of mainstream intelligence findings, that Ukraine was involved in 2016 US election interference. They want to hear from Hunter Biden, who served on the board of a gas company in Ukraine, Burisma, while his father was the vice president. And they are trying to bring forward the still-anonymous whistleblower, whose identity Democrats have vowed to protect.

The framers of the Constitution provided few details about how the impeachment proceedings should be run, leaving much for Congress to decide. Democrats say the White House's refusal to provide witnesses or produce documents is obstruction and itself impeachable.

Hearings are expected to continue and will shift, likely by Thanksgiving, to the Judiciary Committee to consider actual articles of impeachment.

The House, which is controlled by Democrats, is expected to vote by Christmas.

That would launch a trial in the Senate, where Republicans have the majority, in the new year.

White House and Democrats fight over rules for impeachment