US lifts sanctions for Venezuelan general who defied Maduro 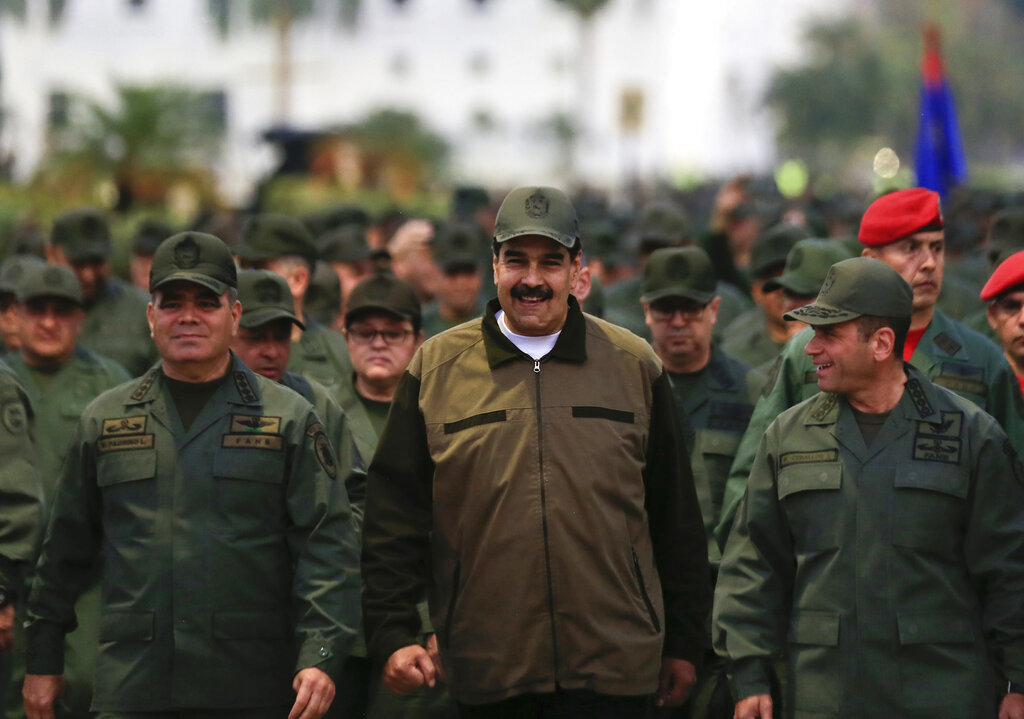 The U.S. has lifted sanctions on a top Venezuelan general who broke ranks with President Nicolás Maduro, trying to help the opposition regain momentum in the face of a government crackdown following last week's failed uprising.

Vice President Mike Pence said in a speech Tuesday that the immediate lifting of financial sanctions for Gen. Manuel Figuera, who was Venezuela's spy chief, is intended to encourage others in the military to abandon their support for Maduro.

The move was a display of "good faith" designed to elicit "concrete and meaningful actions to restore democratic order" by dozens of other sanctioned Venezuelan insiders, the Treasury Department said in a statement.

Figuera was the sole regime insider to defy Maduro during the uprising, although the White House contends several others, including Defense Minister Vladimir Padrino, had been in talks for weeks with the opposition to oust Maduro but backed away from the plan at the last minute.

As the U.S. looked to lure the Venezuelan military, which is the backbone of the embattled socialist administration, Maduro and his allies started going after opponents who supported the uprising.

On Tuesday, the country's top court opened a criminal investigation against six opposition lawmakers for allegedly "betraying the homeland" and "instigating an insurrection," among other charges. The pro-government Supreme Court said those facing accusations include prominent figures in the Venezuelan opposition such as Henry Ramos Allup and Luis Florido.

In his speech, Pence said the U.S. would extend sanctions to all 25 members of Venezuela's Supreme Court if they continue to be a "political tool" of Maduro. The U.S. already has sanctions on about 150 officials and businesses in the country.

More than 3 million Venezuelans have left their homeland in recent years amid skyrocketing inflation and shortages of food and medicine, and Pence and other Trump administration officials have warned that 2 million more are expected to flee by the end of the year if the crisis continues in the oil-rich nation.

The opposition-controlled congress began discussions on a proposal for Venezuela's return to a regional defense agreement that dates from the Cold War — a move that could provide political cover for greater international involvement in the nation's crisis. Years ago, Venezuela and other left-governed nations in the region pulled out of the U.S.-led defense pact known as the Inter-American Treaty of Reciprocal Assistance.

Military police prevented journalists from entering the National Assembly, and some reporters were harassed by government supporters outside. Venezuela's state-run internet provider restricted access to YouTube, some Google services and other streaming platforms during the assembly session, according to NetBlocks, an online censorship-monitoring group based in Europe.

The lights in the chamber went out temporarily as a senior assembly member, Edgar Zambrano, was speaking. The cause of the power cut was unclear.

Last week, Venezuela's top court opened a treason investigation of Zambrano, who had joined congress leader Juan Guaidó outside a military base in Caracas during the failed call on the armed forces to overthrow Maduro. The appeal to the military was followed by deadly clashes between police and protesters.

The United States and dozens of other nations have recognized Guaidó as Venezuela's interim president, saying Maduro's re-election last year was rigged. Russia, China and Cuba, among other countries, support Maduro.

A group of mostly European nations said Tuesday that it is looking to send a high-level delegation to Caracas in the coming days. European Union foreign policy chief Federica Mogherini made the announcement in Costa Rica after a meeting of the countries. The International Contact Group wants to facilitate free presidential elections in Venezuela as soon as possible, a goal that it shares with Guaidó.

Maduro says he is the target of a U.S.-engineered coup plot and has denounced the Guaidó-led congress, instead recognizing a rival assembly packed with government loyalists set up in 2017.

In early April, the government-backed National Constituent Assembly voted to strip Guaidó of his parliamentary immunity from prosecution, and it did the same Tuesday for the opposition lawmakers placed under criminal investigation by the Supreme Court.

Maduro, however, has not moved to detain Guaidó, possibly reflecting wariness over a likely backlash from the United States and its allies.

U.S. officials have repeatedly said they are considering military "options" in the Venezuelan crisis, in addition to diplomatic and economic pressure that has been intensifying for months against Maduro. On Tuesday, Pence repeated the message that "all options are on the table" as the administration weighs further actions.