US OPEN 2020: Murray beaten in NY as Medvedev, Thiem cruise 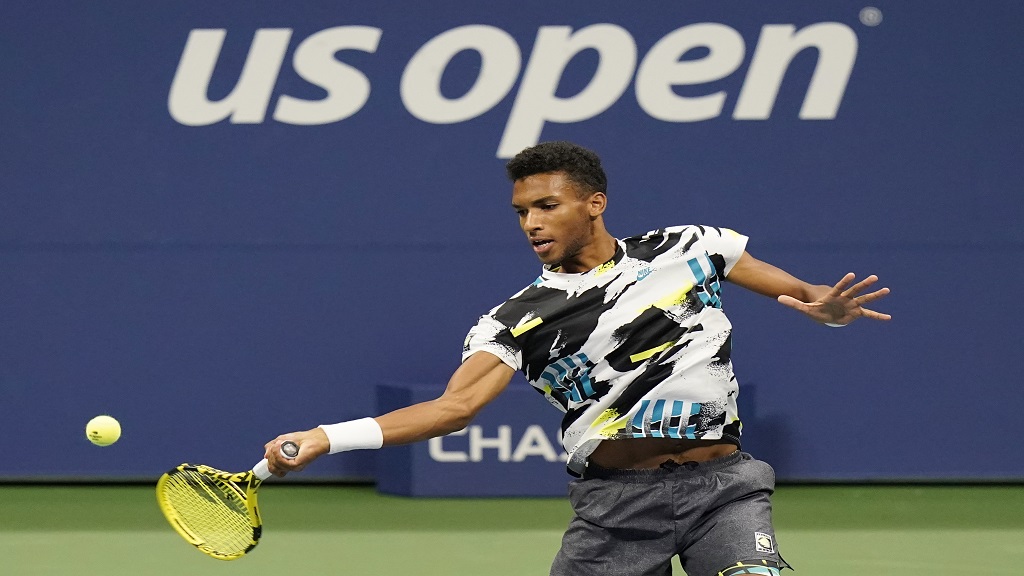 Felix Auger-Aliassime, of Canada, returns a shot to Andy Murray, of Great Britain, during the third round of the US Open tennis championships, Thursday, Sept. 3, 2020, in New York. (AP Photo/Frank Franklin II).

Andy Murray's return at the US Open ended in the second round, while Daniil Medvedev's strong form continued on Thursday.

In singles action at a grand slam for the first time since the 2019 Australian Open, Murray produced a gutsy win in his opener, but fell in the second round in a rainy New York.

The three-time grand slam champion was joined by Milos Raonic and Grigor Dimitrov in exiting the major, which is being played behind closed doors at Flushing Meadows.

Murray needed more than four and a half hours to get past Yoshihito Nishioka in the opening round, but Auger-Aliassime was too good.

The 20-year-old lost just 14 points on serve for the match, winning in two hours, seven minutes.

Medvedev is yet to drop a set at the grand slam after brushing past Australian Christopher O'Connell 6-3 6-2 6-4.

The Russian third seed and last year's runner-up was satisfied with his performance as he mixed 32 winners with 31 unforced errors.

"It was great. It was a great match. Nothing special but really happy to win in three sets," Medvedev said.

"I didn't lose my serve, which is always important. Managed to break early in the second and third set, and first set was, I think, under control also.

"Happy to be through, and let's see what the next rounds will give us."

Up next for Medvedev is J.J. Wolf, the American 21-year-old recording a 6-2 6-4 6-3 win over Roberto Carballes Baena in the second round.

Having reached the Western & Southern Open final, Raonic looked in fine form in the United States.

US OPEN 2020: Zverev, Tsitsipas join Djokovic in third round

US OPEN 2020: Pliskova crashes out as Osaka, Kvitova advance

US OPEN 2020: Djokovic recovers from early blip to see off Edmund