US shutdown today: President heads to the southern border 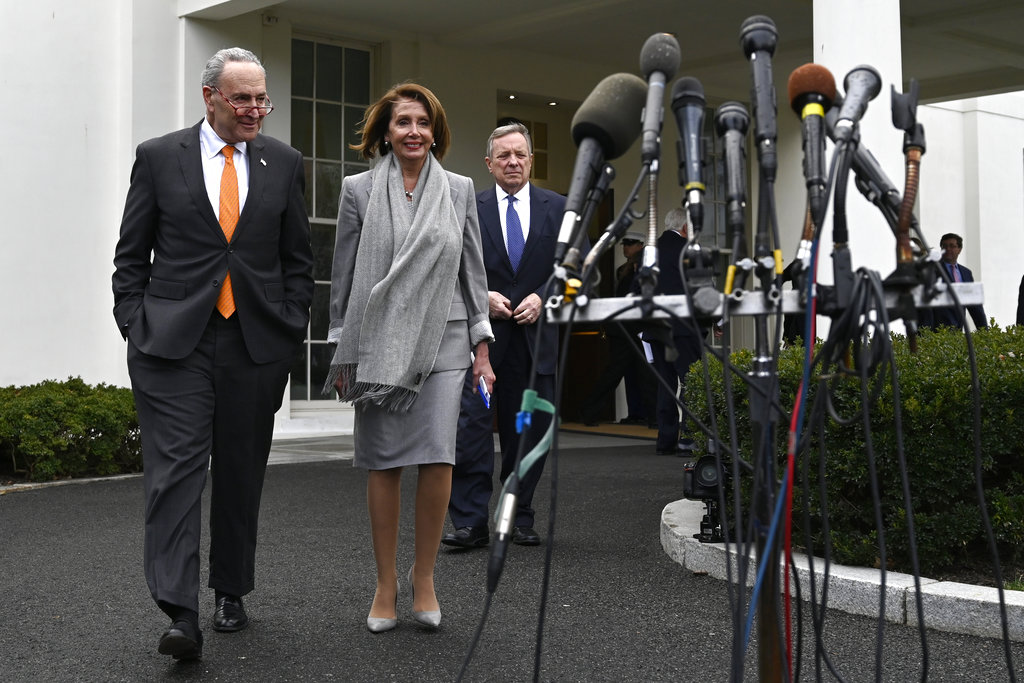 Here's what's up with the partial government shutdown on Day 20.

President Donald Trump will try to bolster his case for the border wall with a visit to the U.S.-Mexico border.

The trip Thursday follows a White House meeting with Republican and Democratic leaders that fell apart quickly, showing the two sides are still far apart on how to bring the partial government shutdown to an end.

QUOTES OF THE DAY

Trump tweet: "Just left a meeting with Chuck and Nancy, a total waste of time. I asked what is going to happen in 30 days if I quickly open things up, are you going to approve Border Security which includes a Wall or Steel Barrier? Nancy said, NO. I said bye-bye."

House Speaker Nancy Pelosi: "The president stomped out of the meeting when he said to me, 'Will you support a wall?' and I said 'no.'"

Trump will be stopping in McAllen, Texas, where he's expected to visit a border patrol station and stop at a section of the border.

Uncertainty over federal funding for transportation projects is forcing some states to delay contracts for new road and bridge work while others are preparing for that possibility.

The Food and Drug Administration says routine food inspections aren't getting done during the shutdown, but checks of the riskiest foods are expected to resume next week.

The longest shutdown ever was 21 days that stretched from December 1995 into January 1996, when Bill Clinton was president.

Nine of the 15 Cabinet-level departments have not been funded, including Agriculture , Homeland Security, State, Transportation, Interior and Justice. Some iconic National Park facilities are shuttered as are the Smithsonian museums and the National Zoo in Washington. Nearly everyone at NASA is being told to stay home, as are most at the Internal Revenue Service, which is responsible for processing tax returns and issuing refunds, though the administration says tax refunds will go out during the shutdown.

WHO IS AT WORK BUT NOT GETTING PAID

Some 420,000 federal employees whose work is declared essential are working without pay, including the FBI, TSA and other federal law enforcement officers. Some staff at the State Department and the Department of Homeland Security are also working without a paycheck.

US air travelers start to feel effects of government shutdown