Venezuelan diplomat in Jamaica blasts US for ‘crimes against humanity’ 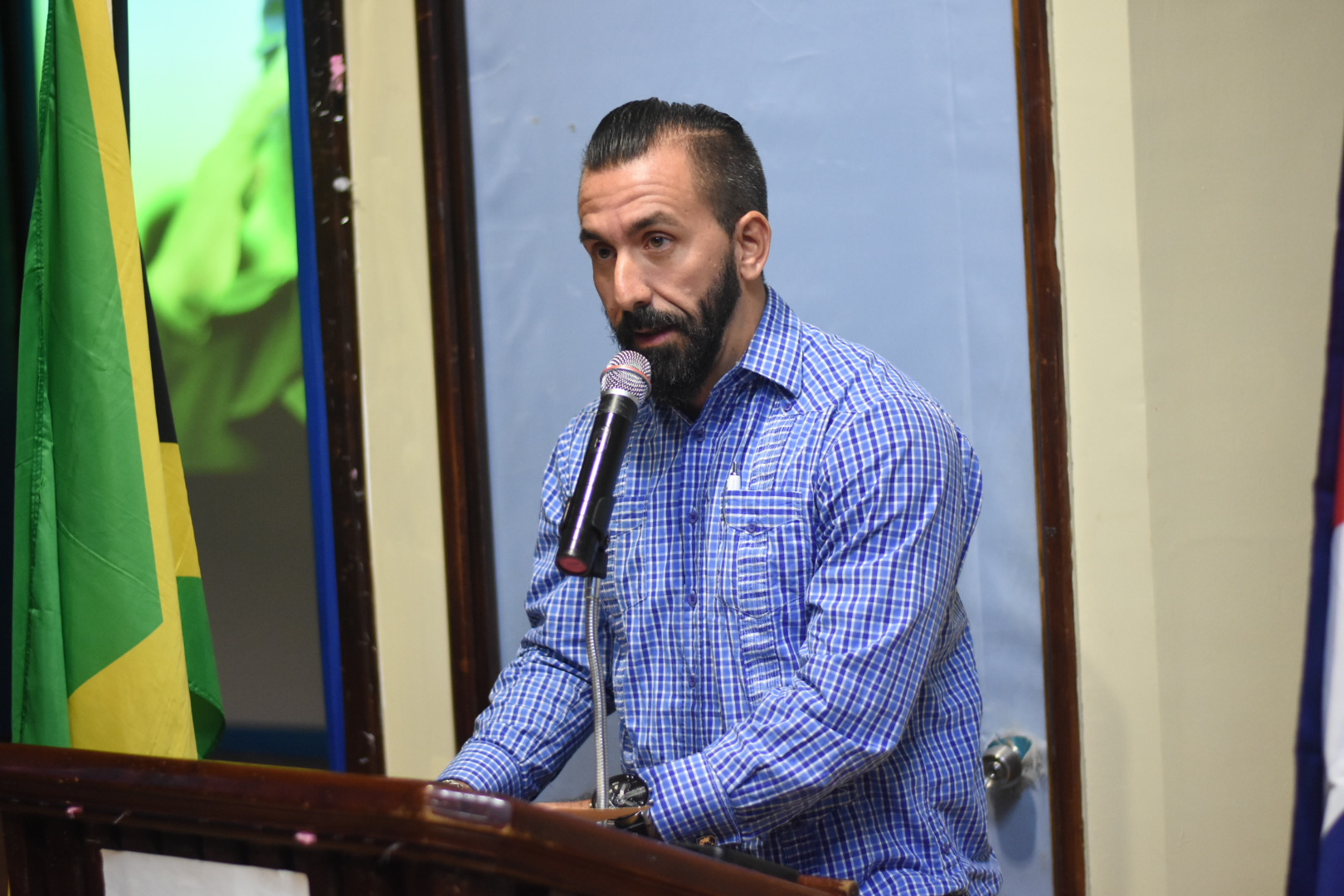 Charge d'Affaires of the Venezuelan Embassy in Jamaica, Jose Antonio Sanchez-Vegas has launched a frontal assault on the USA and the blockade that the superpower has placed on his country.

Speaking at the Cuban Embassy’s celebration of the 93rd birthday of former Cuban revolutionary leader, Fidel Castro on Sunday, Sanchez-Vegas likened the situation that Venezuela currently faces to that which Castro was confronted with during his time in power.

According to Sanchez Vegas, Venezuela will be taking the matter to the United Nations, as he said the United States’ blockade of Venezuela is akin to “crimes against humanity”.

Sanchez-Vegas said Castro and former Venezuelan leader, Hugo Chavez shared a close friendship, with both leaders aspiring to have a unified Latin America and the Caribbean to tackle the rest of the world.

He said the two leaders worked together not only for their nations’ people, but also for the good of the people of the wider Latin America and the Caribbean region.

He said: "How do we connect that part of our common history with the situation that both countries are facing in the framework of the US financial and economic sanctions against our nations?

“Unfortunately, the White House has decided to increase the attacks that we have been suffering for several years now. Venezuela is today, the victim of a ruthless blockade by the government of President Donald Trump.

“According to independent experts, the unilateral measures imposed by Washington since 2014 have resulted in a loss of income of US$150 billion, in addition to the theft of the assets of Citgo, the US subsidiary of the state company, Petróleos de Venezuela as well, and the kidnapping of the Venezuelans bank account abroad for an amount exceeding US$30 billion,” Sanchez-Vegas said.

He claimed that the new Executive Order signed by Trump on August 5 for the total blockade of Venezuelans’ assets and interests, will close all routes to the importation of goods to the country.

He added: "The economic, financial and commercial blockade against Venezuela constitutes a crime against humanity. In effect, the Rome statutes… means the following attack, when committed as part of a generalised or systematic attack against a civilian population.

“What is at stake is the peace and security of Venezuela, our right to the development and happiness of all our people. But the future of international relations for decades is also being affected."

The unilateralism that the US wants to operate is a new form of colonisation of the world, and Venezuelans are hoping that people from all over the world will join them to overcome the perceived development, he added.

Venezuela talks in the balance as US ups pressure on Maduro