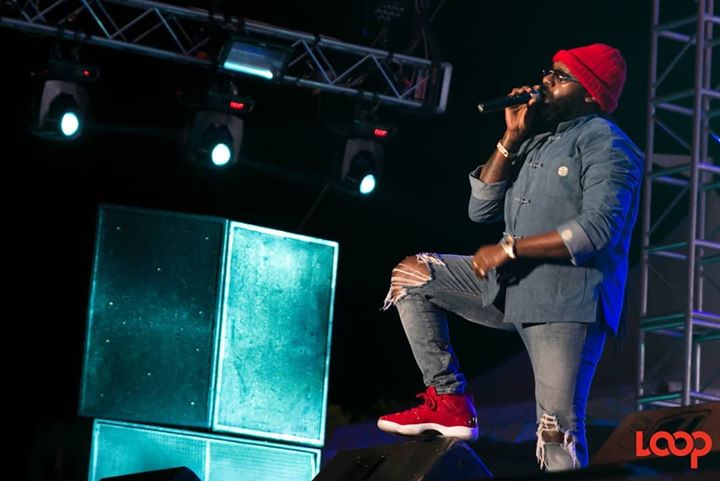 Tarrus Riley tantalized Hennessy Artistry patrons and stole the show last night at the 2019 edition. From the moment the veteran reggae singer hit the stage at Kensington Oval just before midnight the audience welcomed him with screams of approval. The seasoned entertainer performed an extensive set which included several favourites.

Patrons could not help but sway and sing along with the singer’s sweet lyrics to “Gimme Likkle One Drop” “Getty Getty”, “Love's Contagious” and “Tell Me Why”. His set put patrons in the ‘feel good' mood and fans were disappointed when his set concluded.

The next international act, Davido brought the Afrobeats straight out of Lagos, Nigeria. From the opening strains of his most popular “If” the crowd drew closer to the stage. As his set progressed however, the interest seemed to wane with his lesser known songs. Jamaican Masika suffered a similar fate with his less popular tracks. “Infrared”, his collaboration with fellow Jamaican Vibez Kartel, was one of the more well-received performances of his set.

At 2.30 am when Anthony B burst on to the stage, Artistry lovers showed that they could match his energy. He proved to be another entertainer whose on stage performance never disappoints. A consummate performer, Anthony B kicked both lyrically and literally and his fans loved every moment of it. He pleased with many hits from his massive repertoire including “Raid Di Barn”, “Hurt Di Heart” and “Strong Winds”.

Final act of the night Dexta Daps was especially appealing to the females present. In quick succession he delivered a series of provocative performances which left the ladies screaming for more.

Tarrus Riley, UB40 and Estelle among line up for St Lucia Roots & Soul