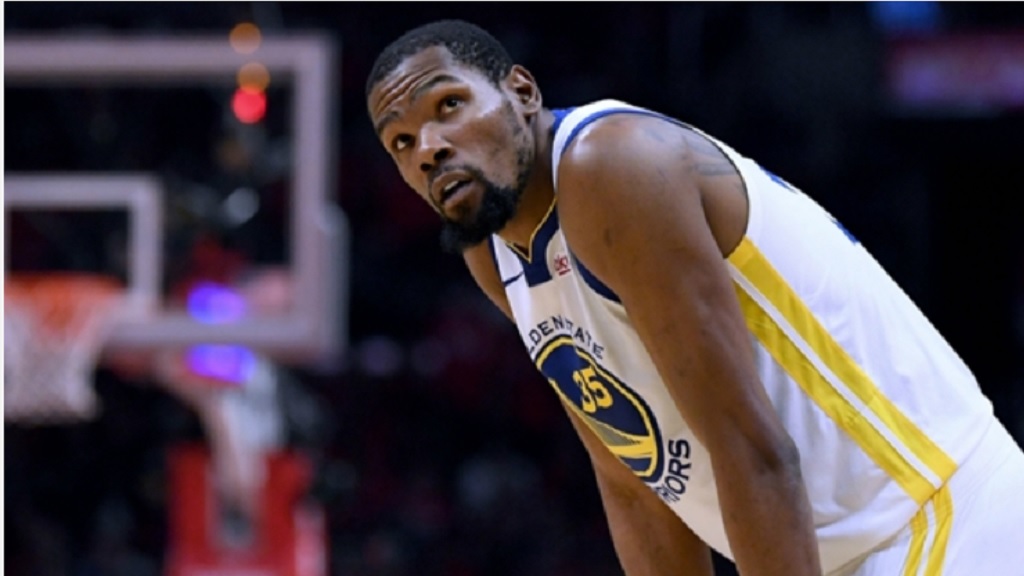 Golden State Warriors star Kevin Durant has been ruled out of Tuesday's opening game of the NBA Western Conference finals.

A right calf strain means Durant will not face the Portland Trail Blazers in Game 1, two-time reigning champions the Warriors announced on Monday.

Durant suffered the injury during Golden State's Game 5 win over the Houston Rockets last week and did not travel with the team as the Warriors sealed the Western Conference semi-final series on Friday.

"Everyone needs to slow down a little bit on the Kevin stuff," Warriors head coach Steve Kerr told reporters. "He hasn't even stepped on the floor yet. We've tried to remain somewhat vague because the injury is open-ended in terms of how much time he will need to recover.

"I think in doing so, people have got the idea that he is going to come back and be Willis Reed or something.

"He hasn't even stepped on the floor yet. He still has pain. So there's some time ahead of him on the rehab process. So we'll have a more detailed update on Thursday."

Durant – who has been linked with a move to the New York Knicks via free agency – has averaged 34.2 points, 5.5 rebounds and 4.9 assists for the Warriors in the playoffs this season.

Warriors center DeMarcus Cousins is also on the sidelines as he recovers from a left quadriceps tear.

"DeMarcus probably similar [to Durant's status]," Kerr said. "He hasn't had any live stuff on the court yet.

"So he's not that close, either, but hopefully another week goes by and things start to get better and now we have a better prognosis. But at this point we're getting ready for this series without both of them."

Curry leads Warriors past Rockets and into Conference finals