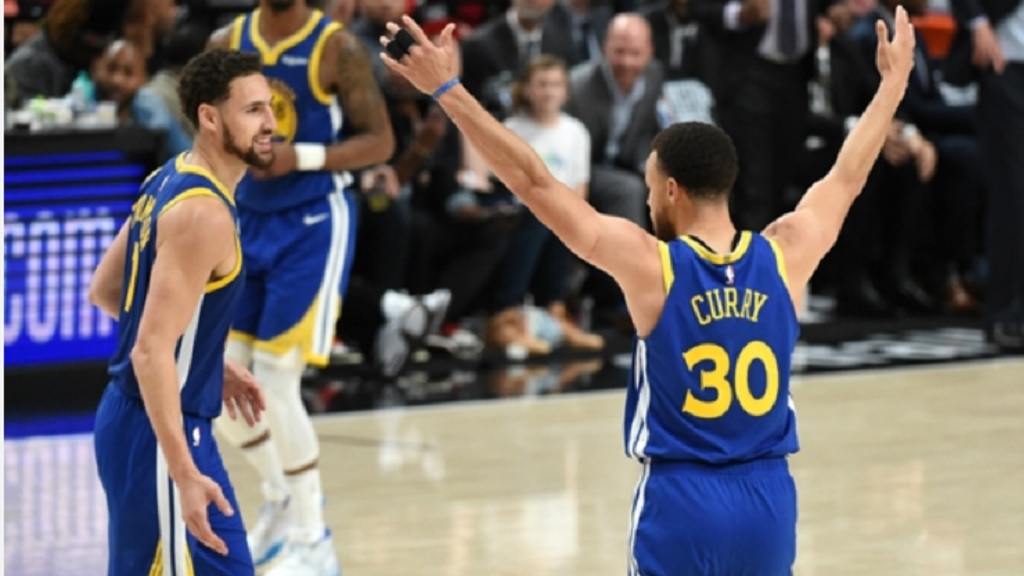 Stephen Curry celebrates as the Golden State Warriors advance to the NBA Finals.

Two-time reigning champions the Warriors outlasted the Trail Blazers 119-117 in overtime to seal a 4-0 Western Conference Finals victory on Monday.

Stephen Curry and Draymond Green became the first team-mates in playoff history to both record triple-doubles in the same game.

The Warriors trailed 95-87 at the end of the third quarter but Golden State – producing another comeback in the series – outscored the Trail Blazers 24-16 in the final period to force OT.

Tied at 111-111 heading into overtime, a three-pointer from Green with 39.6 seconds remaining saw the Warriors pull clear of the Trail Blazers.

Meyers Leonard led the Blazers with 30 points and 12 rebounds, Damian Lillard had 28 points and 12 assists, while CJ McCollum added 26 points of his own.

Golden State – who were playing without Kevin Durant and Andre Iguodala – will face either the Milwaukee Bucks or Toronto Raptors in the NBA Finals.