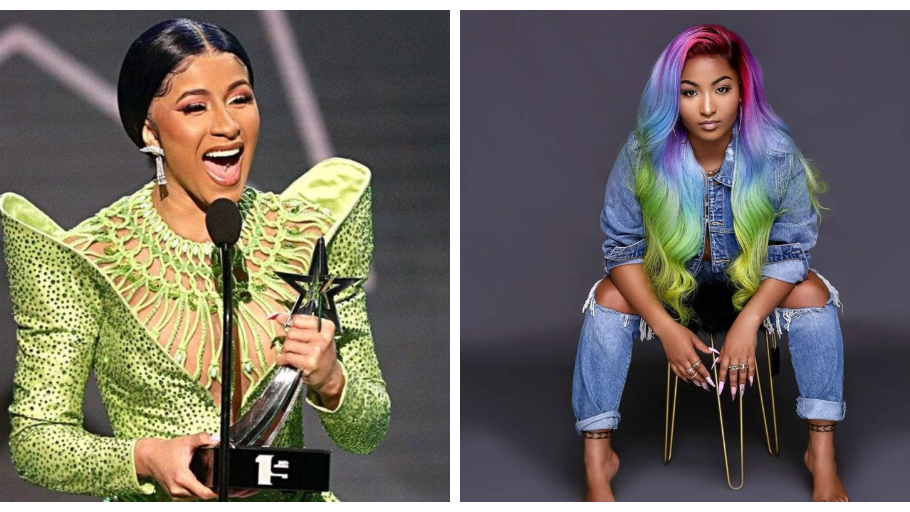 Cardi B is a Shenseea fan.

The 'Press' rapper took to Instagram where she shouted out Jamaican music producer Rvssian who has played a significant role in Shenseea's worldwide success. In the video, she noted Shenseea's meteoric rise and revealed that Rvssian was one of the first people to tell her about the 'Blessed' singer.

"Rvssian, I just wanna say I'm very proud of you, I see how your artist Shenseea has been blowing up, her song is popping. I really want her to know...how you've been campaigning for this girl. You were one of the first people who told me about this girl and she's doing so good."

The music video for 'Blessed' featuring Tyga has racked up over 12 million views on YouTube.

Shenseea shared the video to her Instagram with the caption:

Naturally, fans of both women started speculating whether this means there's a Cardi/Shenseea collab to look out for. Neither party has hinted whether this will happen, but we're sure that if it does, it'll be a massive hit.

Watch: Cardi B pleads not guilty to new charges in strip club brawl