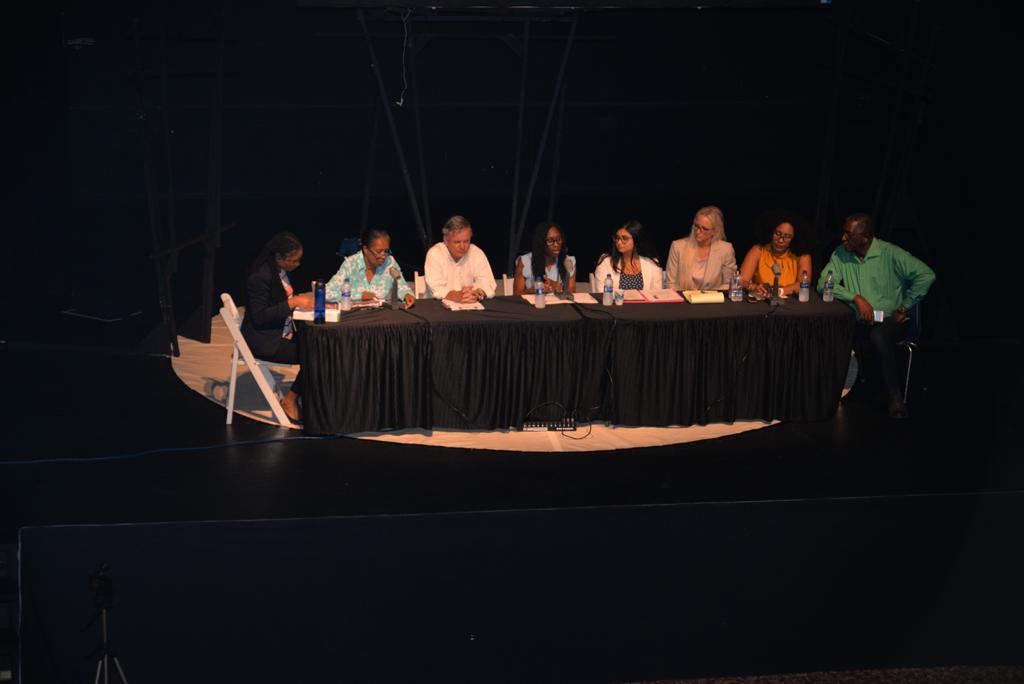 World Mental Health Day was set up by the World Federation for Mental Health and takes place every year on October 10 with the goal of educating and raising awareness of mental health issues on a global scale.

According to a recent news report, police allerts of domestic violence have quadrupled over the past five years, with a 124% increase in reports to the RCIPS between 2017 and 2018 alone. In 2018, 51 women and 42 children utilized the services of the Cayman Islands Crisis Centre which was an all-time high for the non-profit. These numbers indicate that the taboo associated with seeking help has diminished significantly and not necessarily an increase in the amount of domestic violence taking place.

The event which took place at the Harquail Theatre, featuring representation from non-profits such as the Cayman Islands Crisis Centre as well as private psychiatrists, explored the effects of violence in the home on individuals, families and the community.

At the final round-table discussion, there was a consensus that evidence of adult violent behaviour begins in childhood and that therapy does not just extend to women and children, but also to men. Oftentimes men are forced to address their violent behaviour upon entry into the criminal justice system.

Issues surrounding suicide were also addressed. Over a third of Cayman students have reported that they have seriously considered attempting suicide, representing an increase of 15% over the past decade (2018 Cayman Islands Student Drug Use survey). According to Dr. Mark Lockhart, who attended the event as a guest, this year’s theme “Suicide Prevention” is highly fitting in the Cayman Islands context.

The Crisis Centre operates a 24-hour helpline for victims at 943-2422, and a Kids Helpline for young people to report abuse or speak to an adult at 649-5437, as well as an emergency shelter.