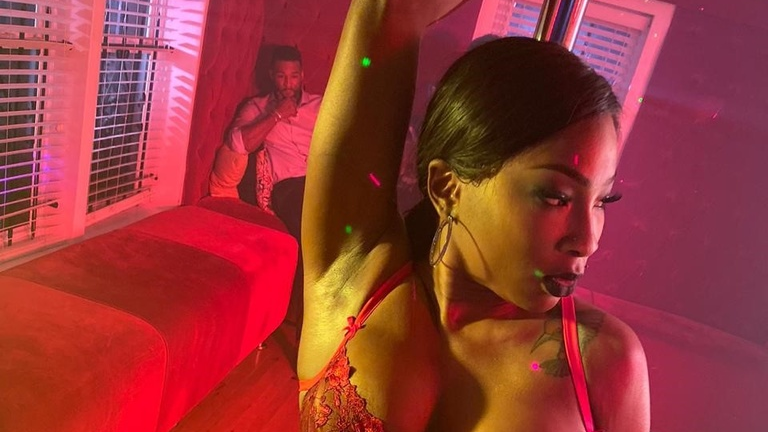 The video, which dropped this morning, is for her new Carnival 2020 single Carry On on the Pop's Guitar Riddim.

The sexy, steamy video shows a barebacked Riley getting close with Roberts in various places including a helicopter.

Riley, who is from Trinidad, stars in the popular Dynasty reboot as Michael Culhane.

He also sings soca and goes by the sobriquet Peppa Sauce. 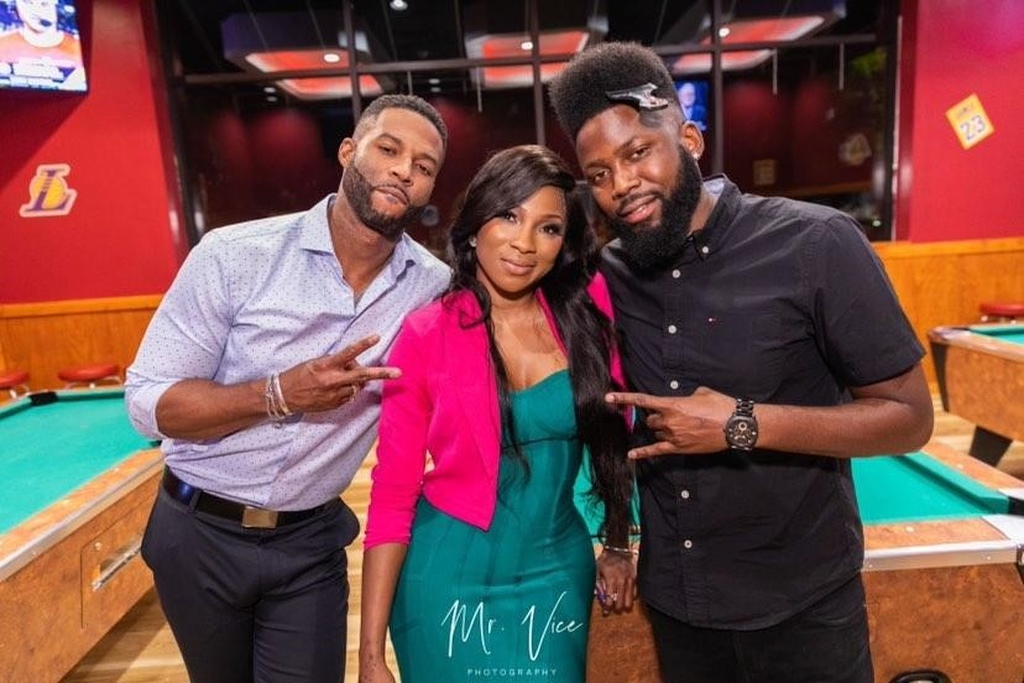 Patrice Roberts with Rob Riley, left and Spoogy the Boss who is also in the video

The Lounge: Patrice Roberts plans to make her show a Carnival staple