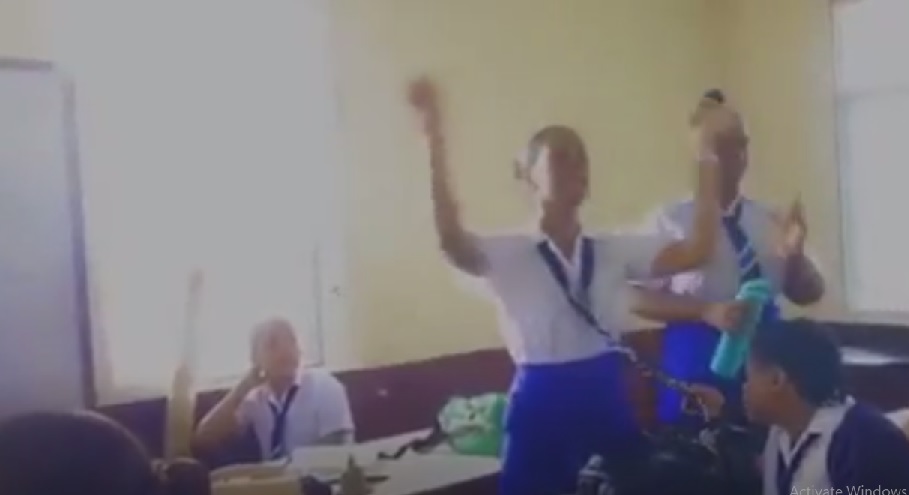 A screen grab from a video of a meeting of students at Hampton School in St Elizabeth before a lightning strike at the institution on Wednesday afternoon.

Concerns have again been raised about lightning strikes across the country after several students at a Jamaican high school were on Wednesday affected by lightning at the institution.

According to reports, sometime after 3pm during heavy rainfall in the area, lightning struck a classroom in the all-girl Hampton School in Malvern, St Elizabeth, where the students were holding a club meeting.

A video, which shows the moments leading up to when the lightning struck the building, and the screams of the terrified girls, has been obtained by Loop News.

It's understood that the students affected by the lightning were taken to the hospital after the incident.

Most of the affected girls were treated and released the same afternoon into evening, but five were admitted for further monitoring.

They have all since been released from the medical facility.

There have been several reports of lightning affecting students since the start of the new school year in September.

Among the incidents, Loop News reported that on September 8, 15-year-old Jahnoy Dacres of Bamboo Ridge, Glengoffe in St Catherine, died after being struck by lightning in his community while picking guineps during a thunderstorm.

Just over a week later, a Manning Cup football match between Jamaica College and Wolmer’s Boys' School was suspended in the 84th minute after a bolt of lightning struck some of the players on the pitch. That incident occurred on September 16.

Reports were that the bolt’s impact sent several players to the ground, and a total of three players were taken to a hospital in the aftermath.

They have since recovered, with one in particular having required extensive treatment after being unresponsive for a long period of time.

On Tuesday, October 1, a student was struck by lightning at another Manning Cup football match between Haile Selassie High School and the visiting Cumberland High School. The incident reportedly happened minutes after the game was called off in the first half because of heavy rainfall.

And earlier in September also, proceedings at the Supreme Court in downtown Kingston were disrupted as a result of a fire on the complex that was caused by a lightning strike.

Another student footballer struck by lightning in Jamaica