WATCH: SK, King Bubba putting their winnings back into music 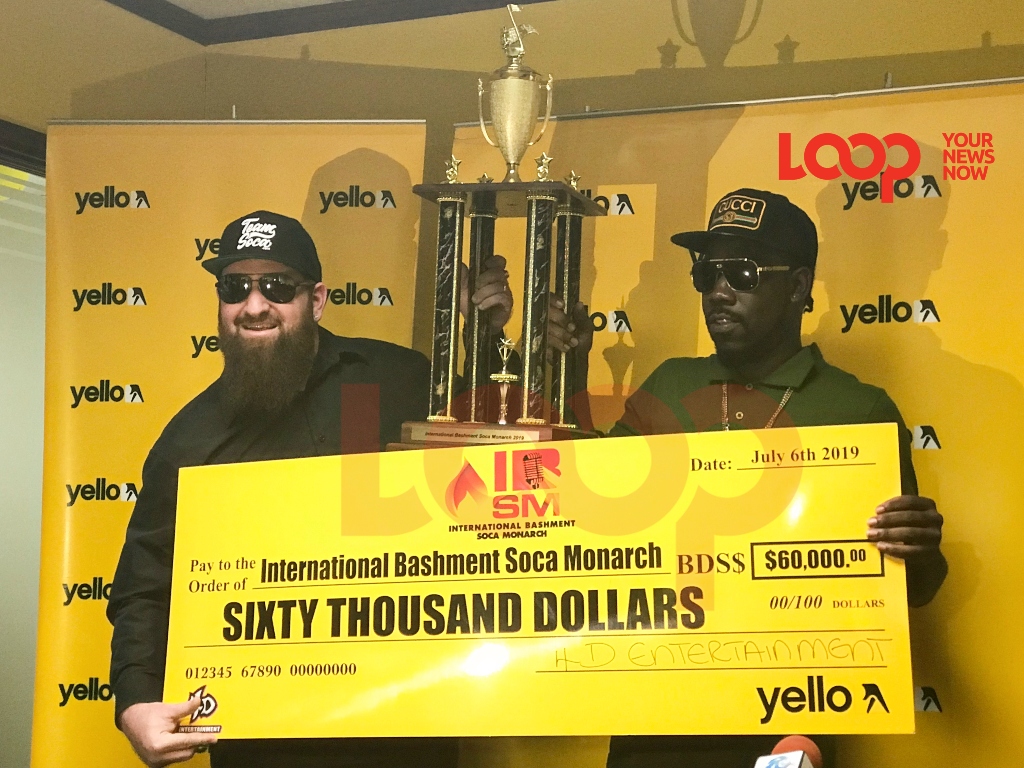 King Bubba FM and SK are okay splitting the $60,000 fifty-fifty.

The two 2019 International Bashment Soca Monarch kings have plans to put their prize money back into their music.

After a cheque and trophy presentation at the Yello office in Belleville, today, Tuesday, July 9, 2019, after some hiccups on the night of the Finals at Pirate's Cove, where one winner was left holding the trophy and the other trophy-less, organiser 4D Entertainment clarified that fixes were on the way.

Speaking on behalf of 4D Entertainment, Michelle Straughn said that two trophies will be handed over in the near future, but until then the original trophy will remain in the hands of 4D Entertainment. Having clarified why there was still a second-place despite a two-way tie for first, earlier in the day via press release, Straughn went on to say that in spite of what persons may be saying in the public domain about the results of the show, 4D Entertainment stands by the judges selected, and their decision.

Asked, if going forward, if the show will remain with this new format of having a first, second and third place prize, having originally been a winner takes all competition, Straughn said that she could not speak to that, to confirm or deny for 2020.

In two separate interviews after the presentation, both SK and King Bubba said that since music is their bread and butter it's only fitting to invest their winnings back into their craft.

SK also talked about his celebratory plans and said that he is letting bygones be bygones as it relates to the issues that unfolded between the time when the results were announced in the wee hours of Sunday morning, July 7, and today's press conference scheduled for 3:30 pm.

King Bubba who is taking some time to participate in Crop Over while balancing his overseas tour dates and contractual obligations, said that once he deals with the producers and all those who contributed to his win, then the balance of his $30,000 will be back on the 'Platta'.