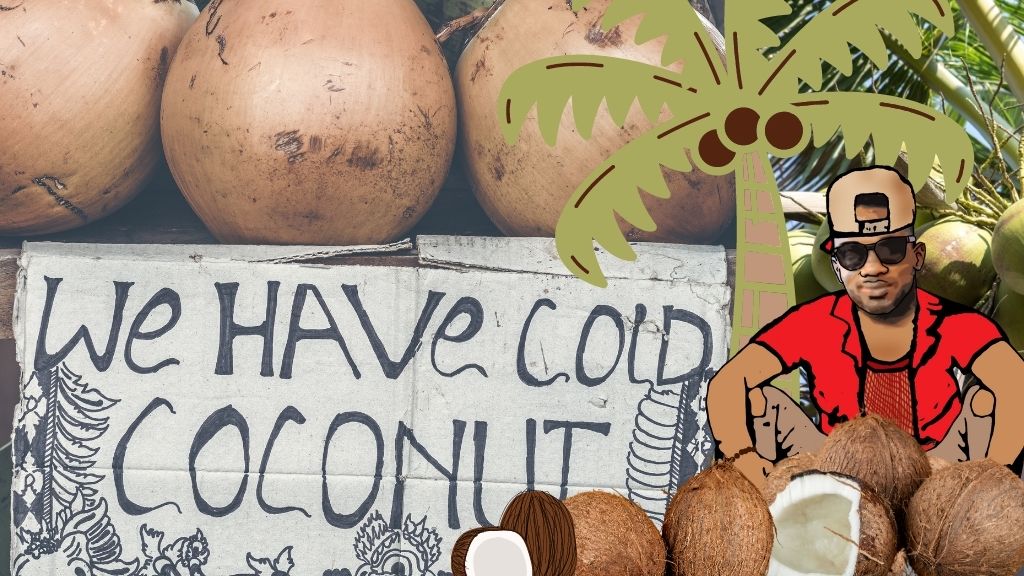 The “Jelly man” in the Caribbean must be one of the most proud and satisfied street vendors in the tourist ecosystem, as he gets to sees first hand the public's undying love and obsession for young coconut water and the bounty of soft white flesh (jelly) that grows inside.

It's hard not to feel wanted as cars careen out of traffic to place an order for the ultimate thirst quencher and an opportunity to watch him wield his machete with precision, as he makes his way to the jelly.

Many coconut lovers might be surprised to learn of the incredible versatility of one of the Caribbean's most beloved crops and its increasing value to our communities and the environment.

Although the majority of the world’s coconut products such as coconut water and coconut milk originate in Asia, coconut in many ways is a symbol of Caribbean life and tranquility.

Many of our attractions including art, souvenirs and restaurants are adorned with images of coconut trees. Plates, utensils and even chairs are made from Coconut leaves and branches to give an authentic Caribbean vibe.

As climate change comes under increased focus, the coconut tree is hailed as one of the crops that can immensely contribute to what climate experts refer to as “drawdown.” Excessive carbon in the earth’s atmosphere is removed by trees and stored in the soil. Coconut trees are perennials and can remain in the earth for years, which allows for carbon to be stored in the soil for longer periods of time.

Did you know: Yardie in Cayman, Peter Ivey is the Founder of a hunger charity called Mission:FoodPossible?

The versatility of coconut makes it a very important crop for food security. Fresh water and jelly are but two of the myriad of culinary uses of the different stages of the coconut crop.  Coconut water is a thirst quencher but can also be used to make smoothies, flavor soups or used in baking. The jelly can be used for healthy snacks or in baked goods.

Coconut milk is widely used for soups, porridges, sauces and various curry dishes. Coconut oil is heralded as a healthy option for sautéing. Older coconuts have a slightly harder white flesh than can be added to dishes and salads for a delightful crunch. Traditional Caribbean cooking calls for coconut to be shredded and squeezed to make coconut cream.

Freshly squeezed shredded coconut that is void of liquid can then be used as coating for frying as an alternative to flour. All parts of the coconut can be utilized for an added benefit of reducing food waste. The hard coconut shells can also be dried and later be used as plates for creative presentations.

Coconut flesh is highly nutritious and rich in fibre, vitamins C, E, B1, B3, B5 and B6 and minerals including iron, selenium, sodium, calcium, magnesium and phosphorous.

The next time you hear a vendor ask, “ice cold jelly nice lady?” remember that you are supporting the many socio-economic, nutritional and environmental benefits of a crop that perfectly blends our culinary and cultural identity.

The tree of life is a symbol of Caribbean tranquility and quite possibly its beacon of hope.

Get ready to go coconuts for 5th annual Coco Fest

5 delicious ways you can enjoy lychee only in Cayman