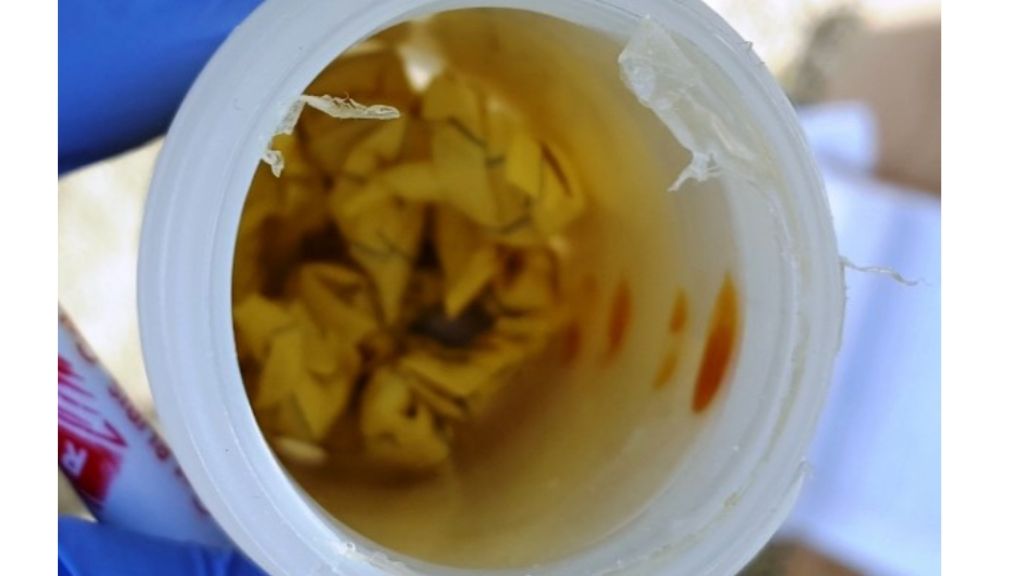 A West Bay man is facing multiple narcotics charges after authorities allegedly found drugs and drug paraphernalia on his person and inside his residence, police said.

Just after 8:40AM on Friday, August 8th, police had cause to stop a vehicle at a residence on North West Point Road, West Bay. The male driver of the vehicle attempted to run from the officers but was apprehended. His actions aroused the suspicion of the officers who subsequently conducted a search of the man’s vehicle and person.

A bottle containing several yellow paper wrappers was recovered from his person.  One of the wrappers was checked and found to contain suspected cocaine. The man, age 42 of West Bay, was immediately arrested for possession of a controlled drug.

With the assistance of the RCIPS K-9 Unit, a search of the man’s residence was conducted and similar wrappers, as well as a significant quantity of ganja and drug paraphernalia, were recovered along with a quantity of cash, which was seized as proceeds of crime. The man was later arrested for additional drug offenses.

Detective Sergeant Anderson Taylor, in charge of the West Bay CID states, “One of our main goals as police officers in West Bay, whether we are community officers, detectives or patrol officers, is to eradicate the use of drugs on the streets of West Bay.”

“This is a beautiful district that has been tainted by the deeds of a few and we are here to help stop the persons who wish to cause harm. I have been working in West Bay for the past 3 years and have met many people who share the same love for the district, who also share the same sentiments about drug use within it.”

Cayman Brac man arrested with more than 1200 pounds of marijuana