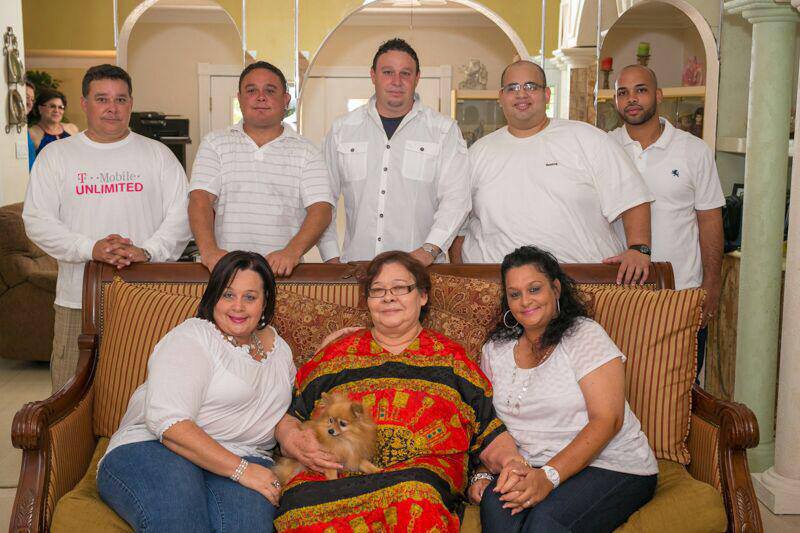 This article is dedicated to Ms. Esther Ebanks and her children: Tommy, Tania, Tessa, Todd, Timmy, Thron and Travis. May she Rest In Peace.

Whether you are Caymanian or not, if you have lived here a while you will agree that there is just something special and different about Caymanian mothers. Whether it is the sense of community that comes with parenting on these islands or the legacy of independence that stems from Caymanian women running these islands on their own when the men were at sea, it goes without saying that the children of Caymanian mothers are truly blessed.

Abrana Banks says, "through many generations of Caymanians, it has been embedded in us to love and respect mothers and we live on an island in which that love is reciprocated. The village raised a child and mothers never shunned another child. We grew up in a world where lunch for one was shared between three. A child was never sent home because it was lunchtime. Whichever home a child was in, the mother of that home felt the responsibility for her guest child in the same way as she did for her own. Of course, examples like this are passed down through the generations and we strive to be like the moms of our childhood. The majority of the mothers on our islands are always there for their children........in the good times and the bad."

In order to get a better understanding, Loop asked Cayman, why are Caymanian mothers special? Here's what we found out.

1. They are loving and affectionate

Says Stephi Bodden, "We never stop “babying” our children." Derri Dacres agrees, "We spend time with them and tell them often that we love them."

2. They embrace all children as if they were their own

There's just something about the sense of community that gets passed on when you are a Caymanian parent. Says Anne Briggs, "Our kids’ friends become our kids too... we look out for them with a similar concern."

3. They never turn their children away

Says Judy Powery, "We allow our children to live with us until they can own their home!" Lana Arch-Jarvis agrees, "So true. And we never leave their side." Judy Henriquez echoes, "They are always there for their children and especially their grandchildren. Their doors are always open and their arms with lots of love and support."

The people of the Cayman Islands embrace strong Christian principles and nowhere is this more evident than in the parenting-style of Caymanian mothers. Says Keith Orrett, "They Are God Fearing."

According to Christina Pineda, Caymanian mothers are "strong, resilient and resourceful." Kerry Tibbetts-Walton echoes "They are a force to be reckoned with. They are very family-oriented. Great cooks, awesome leaders, protectors and educators." According to Mary Rankine, Caymanian mothers aren't afraid of confrontation. "We know things before they happen. We will also push our meals aside just to have a GOOD ARGUMENT!"

Stemming from their strength, Caymanian mothers are very protective. According to Rhonda Edie, "We’re like Mother Hens... we will pounce on you if you trouble our children." Gayle Ebanks agrees, "We are very "protective" of them."