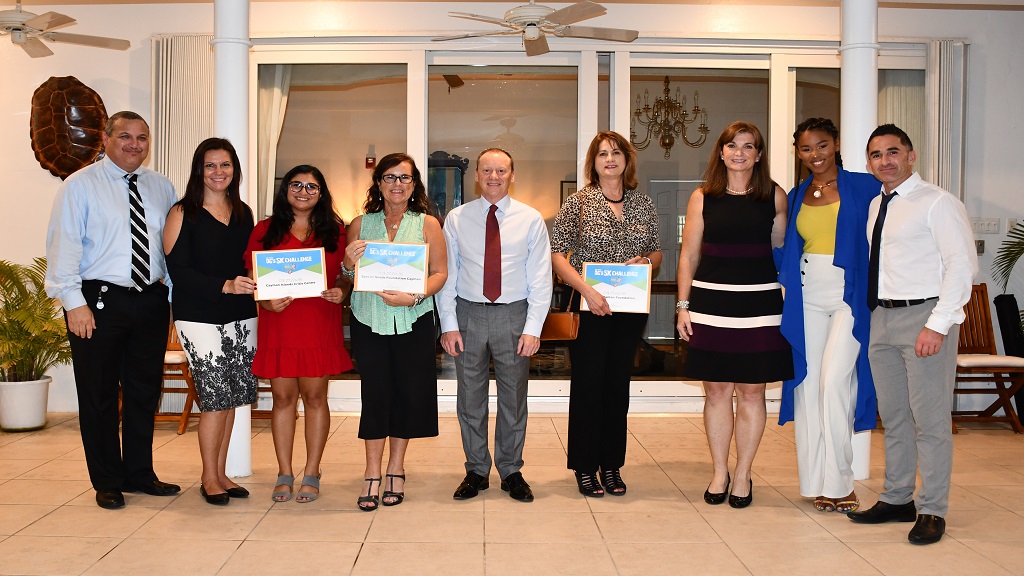 The grand total is $11,675 more than the $70,000 goal Mr Manderson set for the event, which was held this year on the Brac and in Grand Cayman in September.

“I am thrilled that we raised such an impressive amount for each of these tremendous causes,” he said. “This year’s donation has exceeded our expectations and is testament to the generosity of our corporate sponsors and is a true marker of the community-mindedness of both the public and private sectors in the Cayman Islands.”

Mr Manderson revealed the huge fund-raising total during a reception at Government House held to thank sponsors, the DG’s 5K Challenge organising committee and the event’s many volunteers.

“I’m really proud of how much this event has grown since we launched in 2014 and I am grateful to everyone who has helped make it a success,” said Mr Manderson. “It is so rewarding to support great community causes and work on improving our own health at the same time.”

The evening culminated with Mr Manderson revealing the grand total raised and presenting cheques for $27,224.95 to representatives from each of the charities.

Charity, One Dog at a Time, has a record number of events coming up