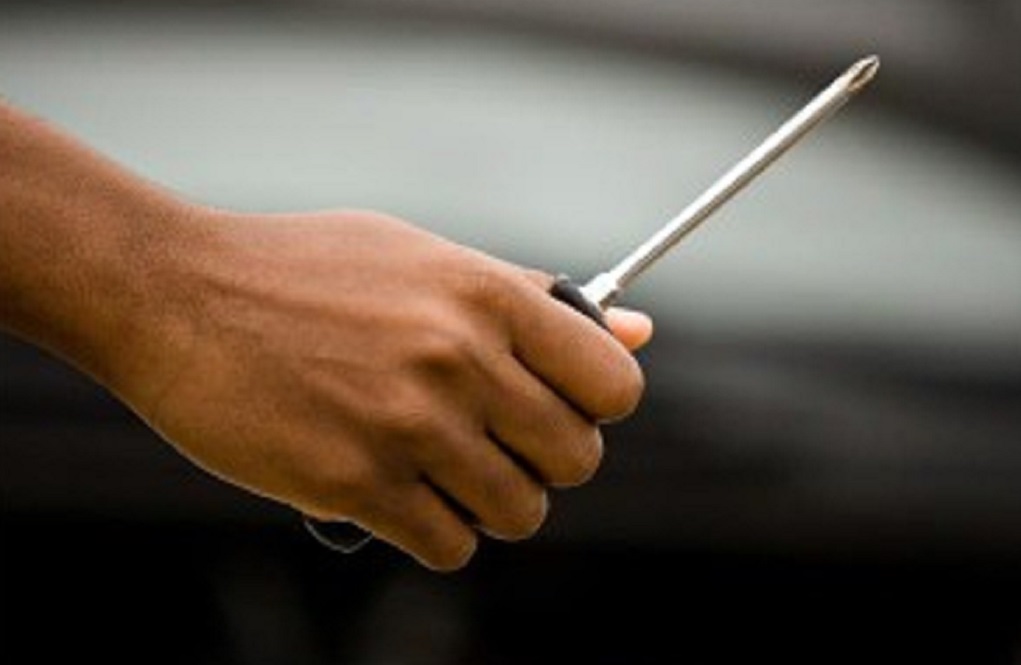 A Windsor Park man, who threatened the mother of his child on three separate occasions in September 2017,was denied bail when appeared before Acting Magistrate Roberts on Monday.

On one of those occasions, the court heard that Richard Hydes is said to have threatened the woman with a screwdriver.

On September 8, 2017  Hydes is said to have chased the woman around her car threatening to hurt her.

Hydes is said to have thrown an object at the woman .

By the time the police had arrived Hydes had gone.

The court heard that again, on September 14, 2017, that Hydes turned up at the complainant’s home demanding money.

Hyde was said to be he holding a screwdriver when he threatened the woman telling her,  “see what will happen to you if you don’t give me money”.

In another incident on September 20, 2017, Hydes again visited the woman and threatened, however, he  again absconded before the police arrived.

The woman, who called the police during all three incident, is said to have told officers that she was in fear of her life and that the harassment had become unbearable.

The court further heard that the woman and Hydes had been in a relationship for some time and the couple have a daughter together.

On one occasion prior, Hyde is said to have taken his daughter without the mother’s permission and didn’t return her until very late in the night.

The prosecution further told the court that there had been a long history of threatening behaviours by Hydes towards the woman dating back to 2015.

Defense Attorney John Furniss requested bail for  Hydes but the Crown opposed this on the grounds that there had been several incidents of Hydes failing to surrender and it was of the opinion he would continue to cause distress to the woman.

Acting Magistrate Roberts refused bail noting that he did not feel convinced that Hydes would stay away from the complainant.