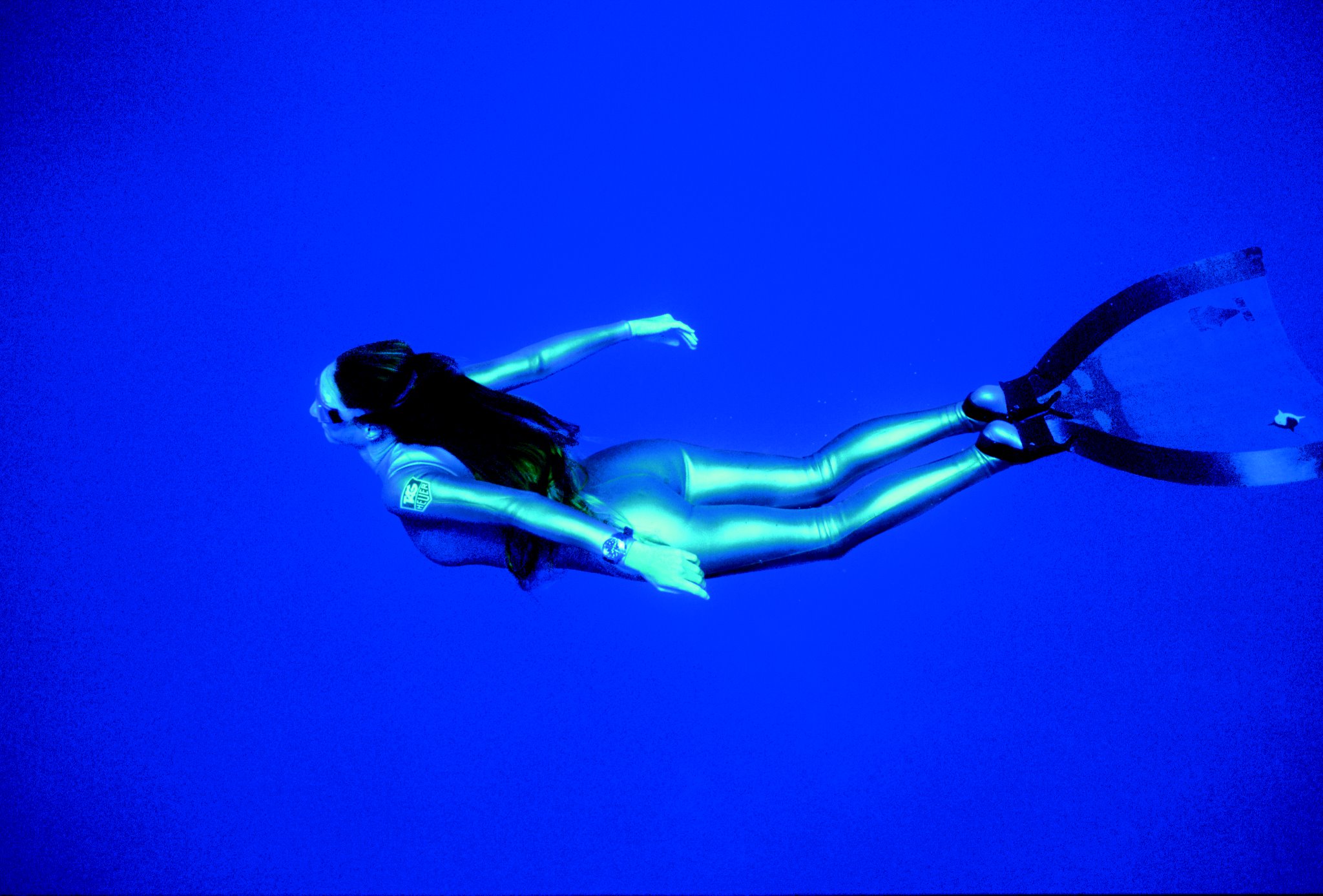 In Episode 7 of Deeper Blue's diving, freediving, dive travel and ocean advocacy podcast series, entitled "How To Accidentally Set A Freediving World Record With Tanya Streeter," freediver, TV personality, and environmentalist, British-Caymanian-American, Tanya Streeter talks about how she set a freediving World Record by accident, how she developed her connection to the ocean as a child in the Cayman Islands and about some of her pioneering freediving world records.

Tanya Streeter is a world champion freediver, inducted into the Women Diver's Hall of Fame in March 2000, and set the overall "no limits" freediving record (greater than the men's record) with a depth of 525 feet (160 m) in 2002, which is still the women's world record for No Limits Apnea. Streeter was the first female in any sport to break a male held world record and went on to break on 9 more world records after that.

Streeter was born in the Cayman Islands in 1973 to Jim and Sandra Dailey. She spent her childhood in South Sound, Cayman, as an avid water enthusiast.

"I was always a snorkeler but I was always snorkelling deeper than the rest of the kids," Streeter recalls on the Deeper Blue podcast.

In an interview with interviewswithinterestingpeople.com, Streeter speaks of her childhood in Cayman saying, "I think of myself as Caymanian, because of my roots... the sea was right there and that’s where I felt comfortable, and that’s where I enjoyed being either with my friends or by myself. And then as I grew up, paddling around and catching fish in the shallows turned into being in the deeper water… and then I did start hanging out with a couple of spearfishermen and they introduced me to freediving when I was twenty-four."

Streeter took her first diving class in 1997, which was when she made her first realization that she had a talent for diving. One year later, she broke her first world record.

On the Deeper Blue podcast, which was released today, Streeter says of a poignant memory of when she was 9-years-old in Cayman, "I would escape to the sea alot because it was more peaceful than being inside at home and there were always these rules that I couldn't go past the reef." One day she broke those rules and refers to the experience as "one of those extraordinary moments of connection when I didn't know where my skin ended and the water began. It just blew my mind that you could be so in tune with something that is so foreign. I felt like it was very much a part of me."

Streeter would later go to boarding school and university, in the UK (Roedean School and University of Brighton) but before traveling back to school after holidays, she would always head off to the bottom of the ocean and lay there to do what she refers to as "commune with that part of me."

After marrying her husband Paul, they moved to the Cayman Islands for some time and would then relocate to Austin, Texas where they currently reside with their two children.

Streeter works with a number of conservation groups including The Whale and Dolphin Conservation Society, protecting marine wildlife. She is one of the protagonists of the well-known documentary “A Plastic Ocean,” which examines the science and health impact of discarded plastic. Streeter was also the protagonist of an eight-part BBC series about free diving.

The Deeper Blue podcast can be enjoyed here.

Here is a video of Streeter, doing her thing.