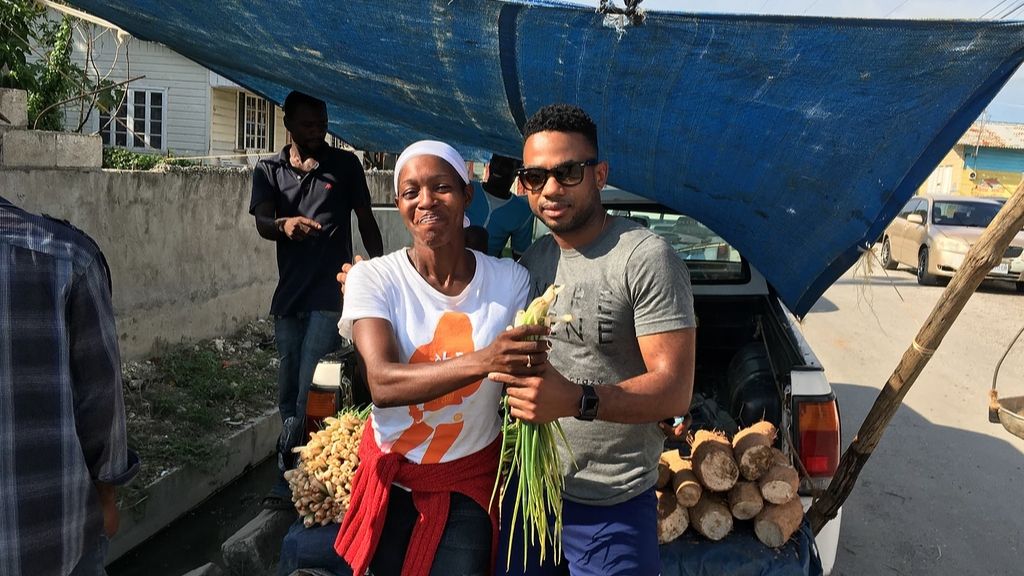 I once heard that if the solution to a global problem is an elephant, then we have to carefully decide which part of the elephant we want to be. In the Caribbean, one of the answers to the hunger crisis is in furthering the knowledge and the empowerment of our people. We must cultivate knowledge so as to raise awareness and increase information about the foods that we have available to us, so that we can be empowered to better utilize and maximize those foods.

This year's theme for the World Food Day “Healthy Diets for a Zero Hunger world” ties in perfectly with this solution. Hunger should not be an issue in our resource-abundant region.

In Jamaica alone, in 2017, there was a sizeable yield of 179,178 hg/ha in roots and tubers (Food and Agriculture Organization). From the perspective of poverty and nutritional value, roots and tubers have the potential to provide one of the cheapest sources of dietary energy and are not only delicious but can be enjoyed in a variety of ways.

Sweet potatoes and yams, as an example, provide 1kg of protein per hectare at a mere cost of $6.70 per hectare and $8.80 per hectare (USD) respectively, and according to the Food and Agriculture Organization, “Increasing the consumption of root crops could help save the much-needed protein provided essentially by other foods such as cereals and legumes [which are more expensive and difficult to acquire]. Traditionally, in Africa, root crops such as cassava are eaten with a soup or stew made of fish, meat or vegetables, providing an excellent supplement to cassava meal.”

Herein lies the challenge raised by our charity, Mission:Food Possible. Consider this question. What if food leaders were taught to make delicious and satisfying meals in a number of ways, out of the most abundant, affordable and nutritionally rich foods that were readily available in their home communities?

What would hunger begin to look like if parents, caregivers, chefs and school cooks were made aware of and empowered to create delicious menus using their region’s Most Valuable Produce (MVPs)? How would this affect poverty? Inequality? Health? Academic performance? Behaviour?

More than 10,000 Jamaican children are currently living with diabetes. 1 in every 3 Caribbean children is either overweight or obese. 13 out of 14 Caribbean countries have less than a 6% chance of meeting the World Health Organization’s goal to halt the rise in obesity. What are we doing wrong?

When I was in culinary school, I learned two things, almost at the same time:

The fact is that while food has played an important role in the history of globalization, creating economic linkages, fostering diplomacy and enriching cultures, it has also resulted in the marginalization of locally grown foods in favour of processed foods that are high in fats and sodium. The consequence of this shift has been malnourishment in the form of obesity and an increase in non-communicable diseases.

In 2017 Jamaica produced 144,319 tonnes of yams, 72,990 tonnes of oranges, 64,815 tonnes of bananas, 50,494 tonnes of pumpkins, 45,232 tonnes of grapefruit and 35,818 tonnes of cabbage. During the same period, less than 2% of Jamaicans reportedly consumed an adequate amount of fruits and vegetables. (Jamaica Health and Lifestyle Survey). The paradox is literally painful.

We were put here, on this earth, with everything that we need to survive— and thrive. It is absolutely critical, now more than ever, that we empower ourselves as a region and make use of the resources with which we have been blessed.

On this World Food Day lets each commit to educating and empowering ourselves so that we may reduce the scourge of malnourishment and silent hunger that has infiltrated our region endangering our lives, our livelihoods, and our children’s future.