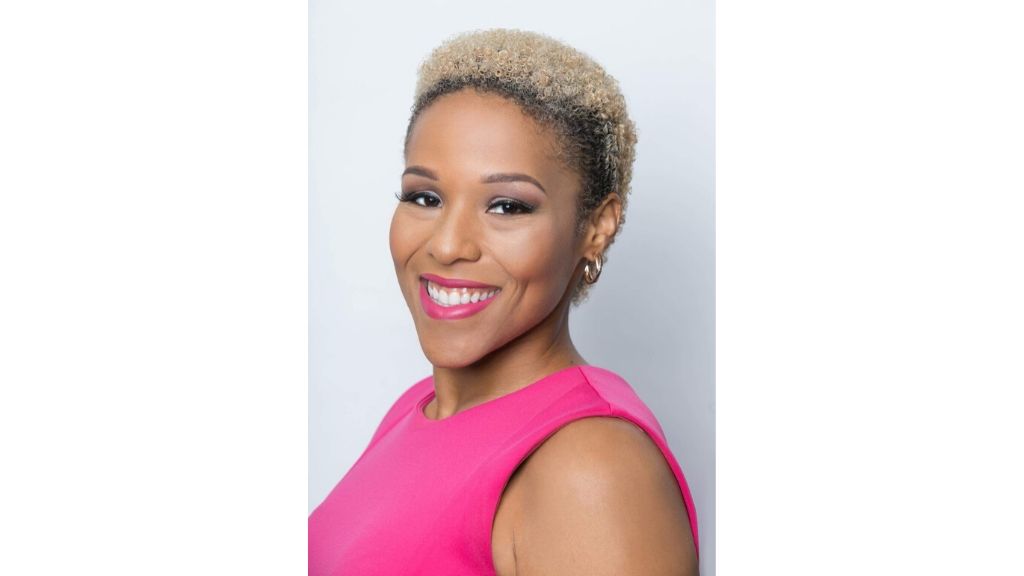 Walt Disney once said, “Our heritage and ideals, our code and standards— the things we live by and teach our children— are preserved or diminished by how freely we exchange ideas and feelings.”

If there was ever a person who epitomized this quote, it would be Ruthanna Young.

Ruthanna is a natural and authentic communicator. As a Caymanian ‘daughter of the soil’ and the host of Straight Talk with Ruthanna on Star 92.7FM, she fearlessly defends the principles of self-empowerment and social and political responsibility.

As a local personality, she uses her platform to promote a sense of national identity among her people as was reflected in her iconic address at the launch of CPR Cayman’s historic campaign on November 21.

Ruthanna “moved the ground,” one spectator described, painting a poetic picture of her beloved Cayman and urging Caymanians to “participate at every opportunity we can in the decision making of our country.”

Originally from West Bay, the daughter of Peter Young and Wilma Ebanks, Ruthanna grew up on communal family property, spending summers picking limes and running around barefoot with her cousins.

“My feet still tough from them days,” she jokes, with a proud Caymanian twang. “But lucky for us, everything we needed was here. We never had to leave Crab Hole Road.”

The grand daughter of Captain Marvin Ebanks, the originator of Cayman’s famous stingray city tourist attraction, Ruthanna cultivated her love of people and a commitment to excellence by observing and working with her grandfather.

“Every single night he would stay up and peel potatoes,” she remembers. “He wanted his potato salad to be perfect for his guests, so he wouldn’t actually make it till the next morning. Such was his commitment.”

Ruthanna also inherited her value for time from her grandfather.

“Anna, lets go we goin’ be late,” my granddaddy would say to my grandmother every Sunday, usually beginning at around 7am, even though church began at 9am,” she laughs, fondly remembering a childhood of Sunday services at The Church of God in West Bay.

“In those days, there was such a powerful network of support. Everyone would be watching you— not just your parents. The technology was the community. Women were so strong and they upheld us all. I remember thinking my mother had superpowers.”

Ruthanna’s passion for women’s issues is rooted in the influential role of women in the community in which she was raised and has been reinforced with the birth of her daughter, Eliza.

The influence of strong women also extended to her schooling, first at West Bay Primary and later at George Hicks and John Gray high school. Ruthanna recalls joining Key Club at George Hicks. Her advisors, Miss Eldemire and Miss Sealy instilled a “you can do this” attitude that gave her the confidence to run for the position of President of Key Club, which she won at the age of 12.

“I’ve always had people around me who said, yes you can,” she remembers fondly. “Their voices carried me into University and I hear them, even now as an adult.”

Ruthanna’s experience as a member of a cultural minority at the University of Miami brought out her national pride.

“It is amazing, the power of homesickness,” she smiles. “It wasn’t until I knew what it was to miss home that I learned how to cook rice and beans and curried chicken and oxtail. My mother taught me over the phone!”

But Ruthanna’s acknowledgement of her Cayman-ness was not always a self-reinforcing experience.

“I remember one day when I was in university, two friends from the BVI, the Bahamas and I were having a conversation when a student came over and asked what language we were speaking. I realized then, I had to learn how to speak slower for the benefit of those around me.”

Years later, Ruthanna would reclaim her accent in a conscious embrace of her Caymanian identity and in response to what she refers to as “the gradual loss of Caymanian heritage and values.“

“We’ve dumbed down our culture,” says Ruthanna. “We’ve been taught that our accent makes us sound uneducated. In so many ways, we’re growing away from who we are. We trust others more than we trust each other,” she laments.

“I want to tell my daughter stories about the Cayman of old,” she continues. “Her great grandfather was the best captain there was. She will never see that, but you can be sure I’ll tell her the stories. I want her to have a strong sense of self.”

“I am all for embracing the many cultures that we have represented here, but not at the expense of our own. If we just love who we are, then we can authentically embrace the diverse nation that we have become.”