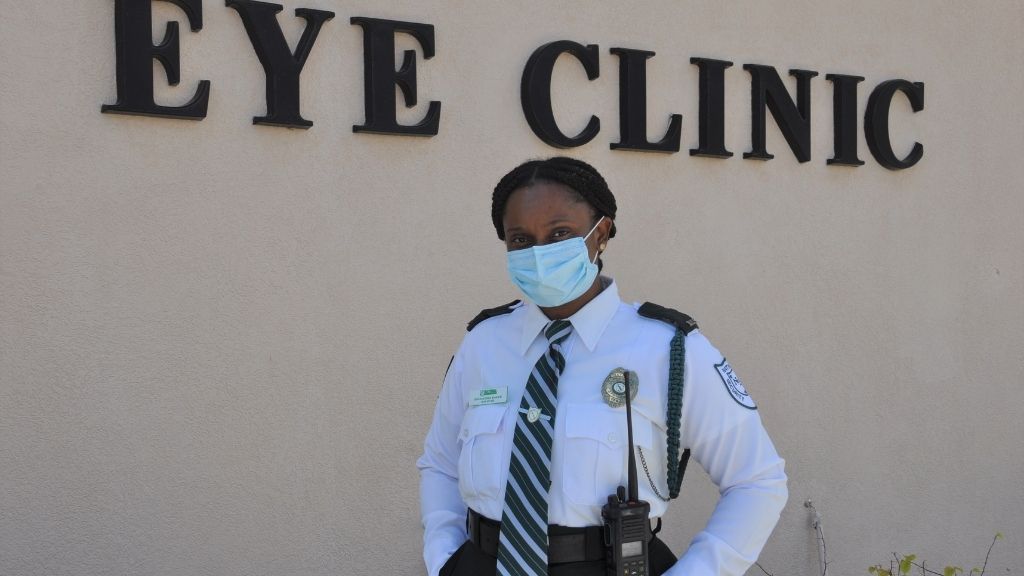 Shockebia Baker was one of the 22 officers who received CPR and first-aid training.

The Health Services Authority (HSA) has trained 22 of its assigned security officers in cardiopulmonary resuscitation (CPR) and first-aid, strengthening the Authority’s capability to effectively respond to medical emergencies across its facilities.

The officers learned skills that include: adult, child and infant CPR, relieving an obstruction in a chocking person, basic patient assessment, stopping bleeding and bandaging a wound, and assisting a patient suffering a severe allergic reaction by helping them to administer an Epi-Pen.

“Having the security officers trained obviously increases the HSA’s ability to respond to emergencies around the campus and adds 22 people within the community who can provide immediate, life saving care,” said HSA Training Centre Coordinator (Interim) Donald Smith.

“While the paramedics are on their way, CPR-certified security officers can respond immediately and perform life saving CPR while waiting for medical help,” he added.

An incident on the campus of the Cayman Islands Hospital demonstrated how beneficial the training has been to the security officers, the HSA and its patients as the security officers, who were at the scene, were well prepared, responding with calmness and professionalism while assisting the patient until the medical team arrived.

One of the officers, Shockebia Baker, described the situation and explained how her reaction was influenced by the CPR and first-aid training she received. “A code blue, which means that there is an urgent medical emergency, was announced at the Eye Clinic. Per protocol, I radioed the security officers to head to the area where the code blue was reported. Four security officers, including myself, were the first ones on the scene and we checked to see if the patient, who had briefly fainted, was conscious and responsive before bringing a wheelchair and offering further assistance.

“The medical team arrived shortly afterwards and were impressed with our response. I am thankful for the CPR and first-aid training we received because it gave me the confidence to react effectively to this situation. Before the training, I would have not known what to do. It was very informative; it taught us the order of responding to a medical emergency – do not panic, observe our surroundings, call for help and then provide support,” she explained.