Airlines aim for takeoff as lockdowns ease and demand rises 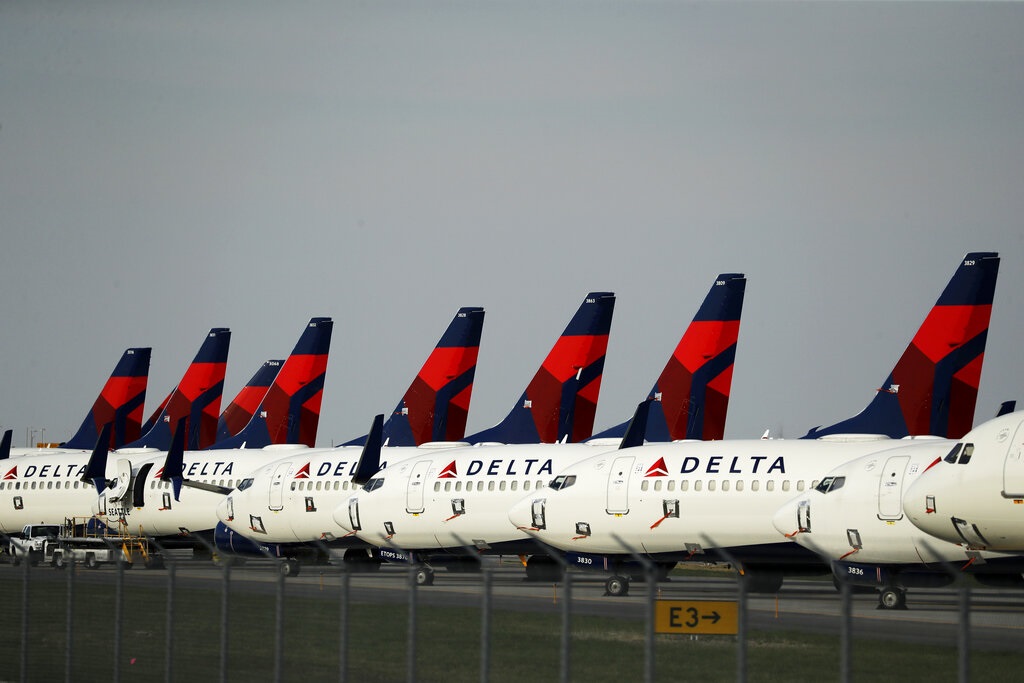 The skies are clearing up a bit for airlines as states ease lockdown measures and travellers slowly return to airport check-in lines.

After a pronounced slump in air travel in the spring, airlines are adding back flights as they hope to salvage some lost revenue during the key summer travel season.

As of Monday, investors had driven shares for the major airlines back to their early March levels, before the coronavirus forced the US economy to a standstill.

The airline industry has essentially been grounded for months after a plunge in passenger demand forced American Airlines, United Airlines and others to slash flight schedules.

They were among the hardest hit companies as the coronavirus abruptly shut down overseas markets and then pushed the US into a pandemic-induced recession.

Even with the recent surge in airlines shares, the NYSE Arca Airline index remains well below its 2020 high from mid-February, when restrictions on international travel began to take hold.

Warren Buffett’s Berkshire Hathaway dumped all of its holdings in the major airlines as revenue dried up.

Air travel had plummeted to levels unseen since the early years of the commercial jetliner days in the 1950s. The industry took a $25 billion bailout from the US government to help shore up balance sheets as it grounded flights and cut staff.

Analysts don't expect passenger traffic to get back to 2019 levels anytime soon.

Last week, American Airlines said that next month it will operate 55 per cent of the US flights that it ran in July 2019.

United Airlines will run a more modest 30 per cent of its schedule compared with a year ago. But for investors, those small signs of recovery were enough to warrant jumping back into airlines stocks.

Shares of American Airlines surged 41 per cent the day it announced the additional capacity. Meanwhile, vacation destinations in Florida, the Gulf Coast and mountain states are seeing some of the strongest resurgence in demand. United plans to resume about 130 nonstop routes in July that it had suspended.

“While it is unlikely that we are out of the woods on COVID-19, improving passenger flow numbers suggest some consumers’ desire to travel is outweighing COVID-19 concerns,” said Citi analyst Stephen Trent, in a note to investors.

But airlines still have a long way to go on their path to a recovery.

Even after restoring some of its schedule, Delta Air Lines said Wednesday it expects revenue to plunge 90 per cent during the second quarter and it will have to renegotiate credit agreements in order to avoid default.

Airlines such as American, United and Delta with significant overseas businesses face an even more difficult recovery as demand remains dismal for international travel. Airlines shares have pulled back this week along with the broader market as investors question the strength of the economic recovery globally and in the U.S.

In a recent report, the trade association Airlines for America pointed out that passenger volumes took three years to recover from the impact of the 9/11 attacks and more than seven years to fully recover from the global financial crisis. Even after passenger demand has recovered, the costs of the crisis will linger.

“Once demand has recovered, it will take years for airlines to retire the newly accumulated billions of dollars of debt and to address the sizable associated interest expense, limiting their wherewithal to rehire and reinvest,” according to Airlines for America.

Delta's Q1 was bad, but it will get worse for US airlines