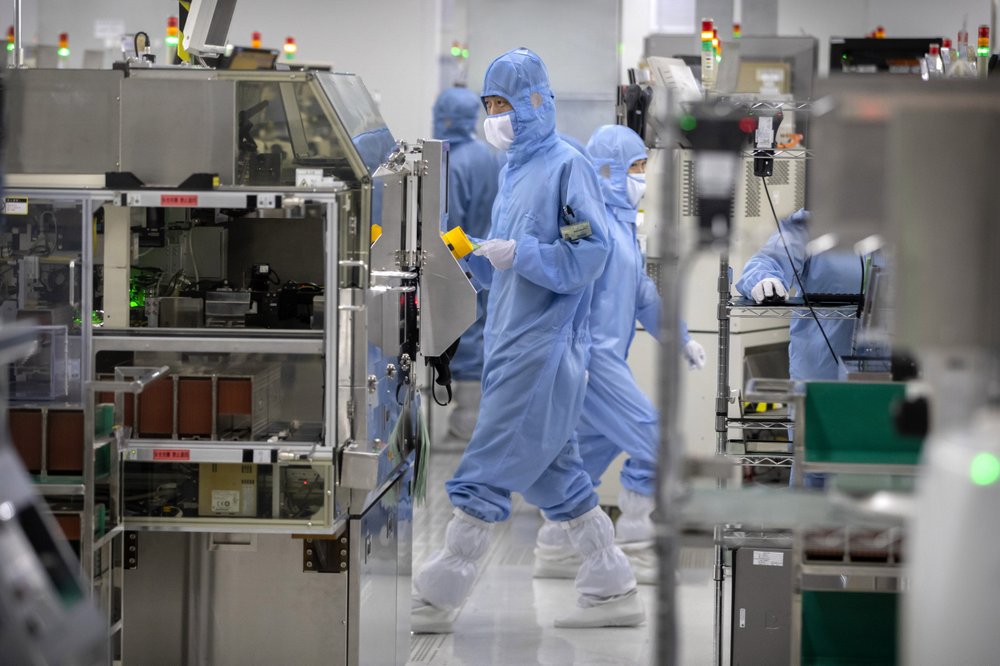 Japanese Prime Minister Shinzo Abe announced Thursday the lifting of a coronavirus state of emergency ahead of schedule in most of the country except for eight high-risk areas.

Abe lifted the measure in 39 of the country's 47 prefectures. It remains in effect in Tokyo, Osaka, Kyoto and Hokkaido and three other prefectures.

Abe declared a month-long state of emergency on April 7 in Tokyo and six other urban prefectures and later extended it to the whole country through May 31.

He said experts will meet next week to decide if the measure can be lifted in the remaining areas and pledged to bring the coronavirus outbreak under control by the end of May.

With signs of infections slowing, Abe is seeking to balance disease prevention and the economy.

"Today is a new beginning for our daily lives, a new normal," Abe said. He warned of a possible resurgence of infections and urged people to adopt "new lifestyles" and continue social distancing measures such as working from home and avoiding out-of-town trips.

The state of emergency gives local leaders the legal basis to request social distancing measures but does not impose penalties.

Japan has more than 16,000 confirmed cases, including about 680 deaths.

Foreign ministry spokesman Zhao Lijian did not identify any officials by name but appeared to be firing back against accusations from the Trump administration that China mishandled or deliberately delayed releasing information about the outbreak first detected in the Chinese city of Wuhan late last year.

US officials are "engaged in political manipulation of buck-passing and shirking responsibilities," Zhao said at a daily briefing Thursday. 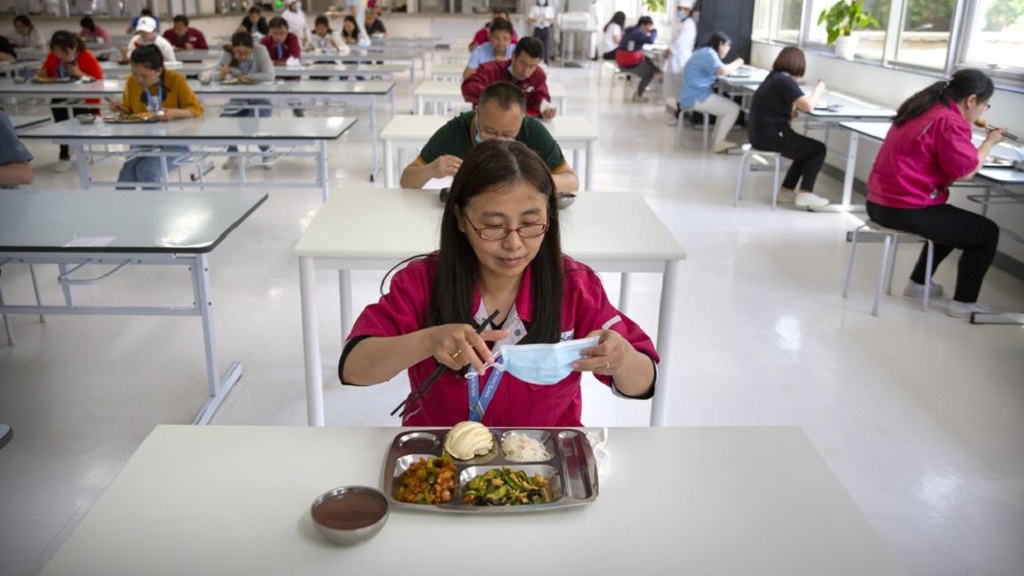 (Photo: A worker removes her face mask as employees practice social distancing while they eat lunch at a staff cafeteria in a semiconductor production facility for Renesas Electronics during a government organized tour for journalists in Beijing, Thursday, May 14, 2020. China reported three new coronavirus cases Thursday while moving to reopen for business and schools. (AP Photo/Mark Schiefelbein)

He dismissed talk of legal action against the Chinese government as "frivolous" and said the US should "focus more on fighting the epidemic and safeguarding the lives and health of the American people, and stop playing such buck-passing game."

— WUHAN TESTING UNDERWAY: Some residential compounds in Wuhan have begun testing inhabitants for the coronavirus as a program to test everyone in the Chinese city of 11 million people in 10 days got underway.

One compound in the city's Qiaokou district said several hundred people had been tested since Wednesday.

Another compound in the same district said Thursday it was registering residents before starting. The city ordered local communities to test everyone after six new cases surfaced last weekend, the first infections there in more than a month.

Wuhan, where the virus was first detected last December, was the hardest-hit city in China with 3,869 reported deaths.

— WHO SAYS NATIONS MUST REMAIN VIGILANT: A World Health Organization official said the debate between protecting health and reviving economies is a "false dichotomy" and that countries must remain vigilant as they lift restrictions.

Takeshi Kasai, WHO's Western Pacific director, said Thursday the reopening of economies shouldn't be rushed and must be done cautiously.

He said the world must "create a new normal in which we don't have to choose between health and livelihood." Kasai said countries must strengthen their health systems and have measures in place for early detection, isolation and contact tracing, and ensure they are ready for the possibility of a large-scale community outbreak.

— AUSTRALIA PUSHING INQUIRY: Australia says it will continue to push for an inquiry into the origins of the coronavirus even if it hurts trade relations with China.

Prime Minister Scott Morrison had been accused of playing "deputy sheriff" to the United States after calling for the inquiry.

However, he brushed off the criticism: "We have always been independent, we have always pursued our national interests, and we always will.”

China has suspended beef imports from four abattoirs and plans to impose tariffs on Australian barley, after warning the inquiry could harm two-way trade ties.

— TYPHOON  PREP IN PHILIPPINES: A strong typhoon roared toward the eastern Philippines as authorities worked to evacuate tens of thousands of people safely during the virus lockdown.

The typhoon is expected to slam ashore later Thursday. The lockdown to fight the coronavirus requires people to stay home and prohibits all kinds of gatherings that can set off infections.

Governors say social distancing will be nearly impossible for residents who must flee to emergency shelters. Some shelters are now quarantine facilities, and they may have to be turned back into storm shelters.

— NEW CASES IN SOUTH KOREA: South Korea has confirmed 29 more coronavirus cases over the past 24 hours as it battles a spike linked to nightlife spots in Seoul.

The additional cases reported by the Korea Centers for Disease Control and Prevention pushed the national total to 10,991 with 260 deaths.

Most of the new cases were people infected locally while three came from overseas.

South Korea's caseload has climbed in the past week, with new cases linked to nightclubs in Seoul's entertainment Itaewon district threatening South Korea's hard-won progress in containing the virus.

The proposal being considered is seen as an answer to unemployment as well as a shift from permanent military service toward a temporary experience.

Also, the home ministry asked all Central Armed Police Forces to sell only Indian-made goods in their canteen stores, seen as an effort to promote local products under Prime Minister Narendra Modi's mission of a self-reliant India.

The ministry also appealed to Indians to use products made in the country. India has more than 78,000 coronavirus cases.

The Latest: Japan, US agree to cooperate in COVID-19 fight