Bermuda on high alert as Hurricane Teddy moves across the Atlantic 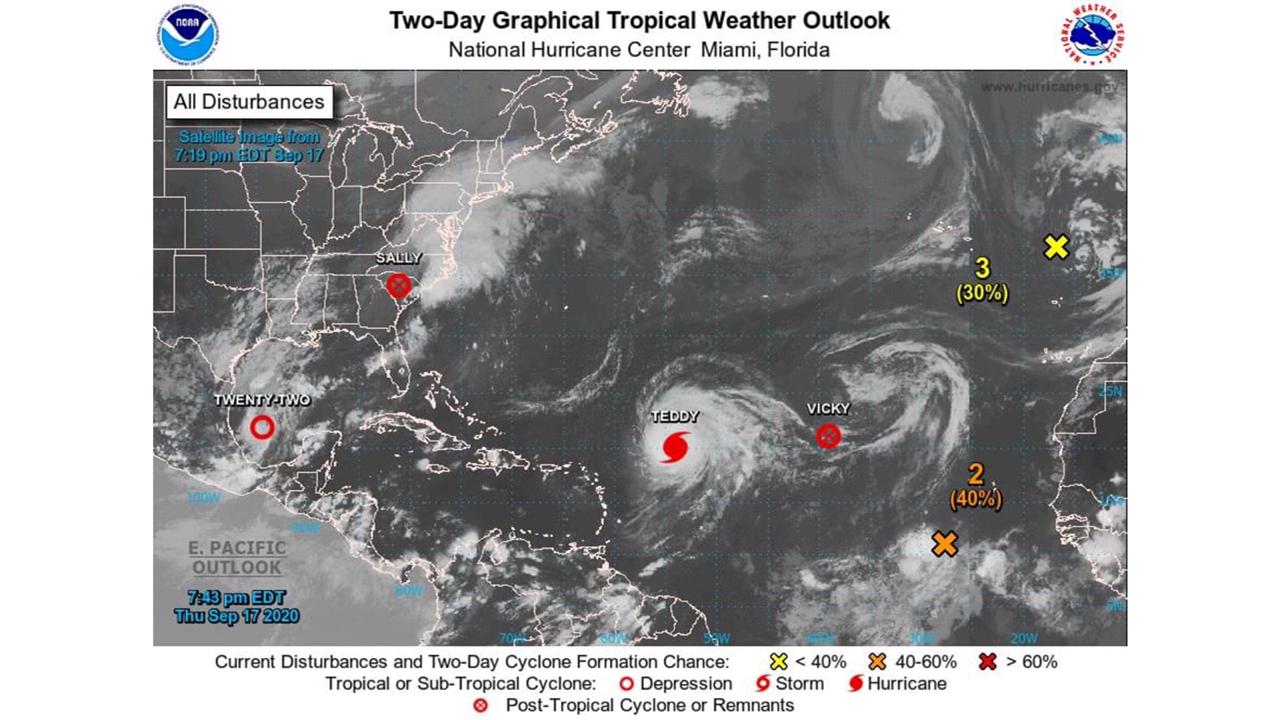 Teddy remains a powerful hurricane as it moves over the central Atlantic.

Large swells are forecast to spread across much of the western Atlantic with the increasing threats posed by rip currents.

The National Hurricane Centre said at approximately 5am AST the centre of Hurricane Teddy was located near latitude 21.6 north, longitude 55.4 West.

The storm is moving toward in a northwest direction at near 12 miles per hour.

According to the NHC, this general motion is expected to continue for the next couple days, followed by a turn to the north by early next week.

There are no coastal watches or warnings in effect but Bermuda has been advised to vigilantly monitor Teddy’s progress.

Maximum sustained winds are near 130 mph (215 km/h) with higher gusts.

Teddy is a category 4 hurricane on the Saffir-Simpson Hurricane Wind Scale, the NHC said some fluctuations in strength are expected
during the next day or so.

Large swells generated by Teddy are affecting the Lesser Antilles and the northeastern coast of South America and should spread westward to the Greater Antilles, the Bahamas, Bermuda, and the east coast of the United States by the weekend.

Teddy is now a Category 2 Hurricane