Brady: Lots of obstacles to overcome before EPL can restart 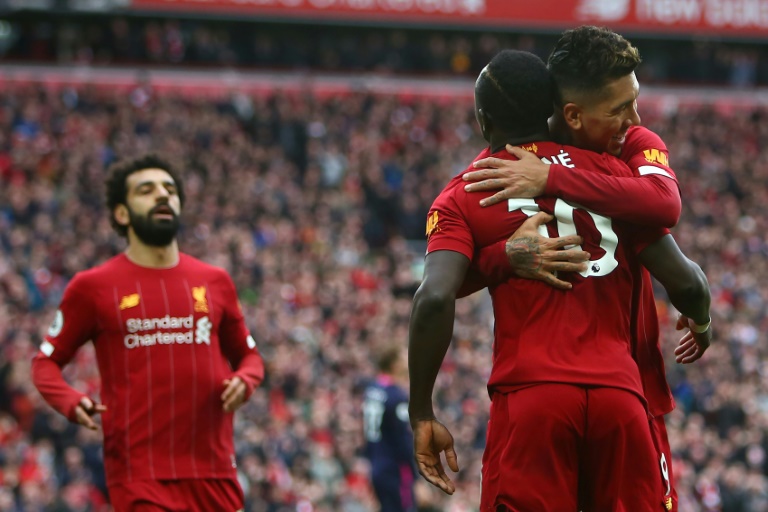 Liverpool were leading nearest rivals Manchester City by 25 points in the table when the league was forced to stop amid the coronavirus pandemic.

The 20 English Premier League (EPL) clubs all want to complete the season but there are also a lot of obstacles to overcome, West Ham vice-chair Karren Brady said Saturday.

The clubs were presented with the league’s “Project Restart” plans at a meeting on Friday and were told that the remaining 92 matches of a 2019-20 season halted by the coronavirus pandemic must be played behind closed doors at eight to 10 neutral stadiums, which could prove a major sticking point.

“At yesterday’s meeting every club said it wants the season to restart,” Brady wrote in editions of “The Sun” newspaper. “We all know it is going to take a lot of working together, good faith, careful thought and compromises if we have any chance of that happening.

“The only common theme from all the clubs is that any compromises have to be fair and uphold the integrity of the game. Players and managers have to be key decision-makers on the protocols as there is a long way to go from where we are now to actually getting playing again. There are a lot of obstacles to overcome and no doubt many compromises to make.”

Brady detailed a four-phase plan for a return, with the first one — isolated sessions at training grounds — already under way. Phase two would be a return to group training, phase three is the restart of games and the final phase would see a return to international matches.

“Phase three will include discussions on the possibility of playing at neutral grounds, which no one wants, but it’s clear the location of the games when the league recommences will be subject to approval,” she said.

"Project Restart" has June 8 as the potential earliest date for matches. It means if Liverpool's 30-year title drought ends — the team has a 25-point lead with nine games remaining — it will not happen in front of their own fans or at their Anfield stadium.

Coronavirus: Most Premier League players are scared to return – Aguero