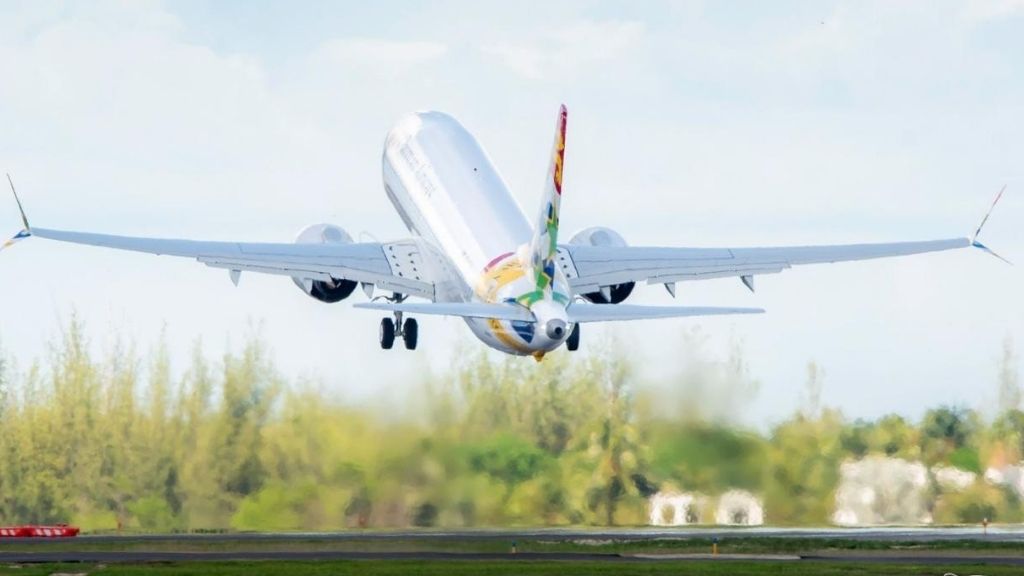 On Tuesday August 18, 2020, Cayman Airways Limited (CAL) successfully completed a scheduled maintenance flight for its second Boeing 737 Max 8 aircraft, VP-CIX. The flight was a necessary part of the airline’s maintenance program for its Max 8 fleet, as specified by the Manufacturer, and lasted approximately one hour from take-off to landing at Owen Roberts International Airport (ORIA) on Grand Cayman.

Approved by the Civil Aviation Authority of the Cayman Islands (CAACI), the flight was conducted at approximately 41,000 feet, looping between Grand Cayman and the Sister Islands, with Captain Steven Coe and Captain Perry Panton in command. Cayman Airways and Boeing engineers were monitoring the aircraft’s operating data remotely throughout the flight, and the aircraft completed the flight with flying colours.

VP-CIX has not conducted any commercial flights since its March 2019 delivery due to the global grounding of the aircraft type shortly after its arrival in Cayman. The aircraft will soon be ferried to Victorville, CA, to have some required Boeing modifications accomplished prior to the anticipated un-grounding of Max 8 aircraft later, in accordance with the manufacturer's Return To Service (RTS) plans, which will be subject to final approval by various regulatory authorities across the world.