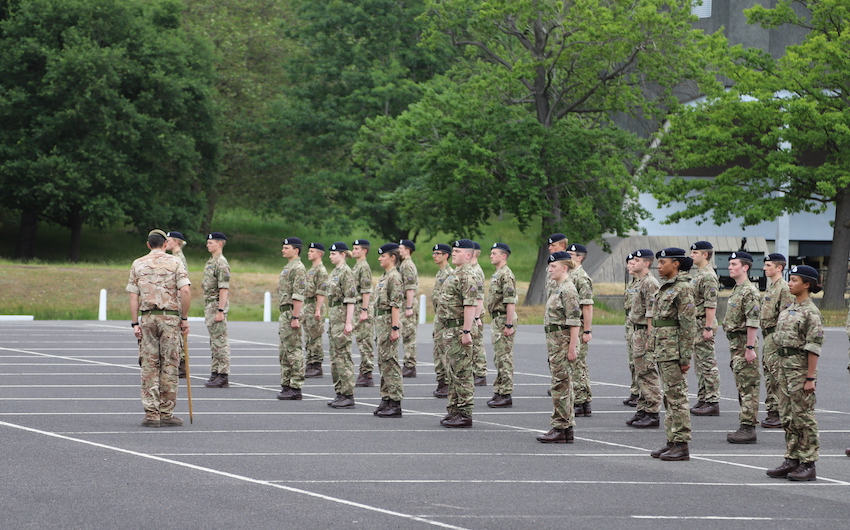 The special ceremony marked their transition from cadet to officer.

"We can be very proud of how they performed and represented our islands on this prestigious course," said Governor Martyn Roper.

A total of 92 students took part in the passing out parade, including the five from Cayman and one from Bermuda.

Halston Farley impressed the instructing team so much that he received an award for Best International Student.

Former Minister for Armed Forces Mark Lancaster, who is a Brigadier in the UK Reserves, also attended and met with the team to congratulate them. He visited Cayman in October 2019, to execute plans towards the establishment of the regiment, for the purposes of humanitarian relief, response to natural disasters, such as hurricanes, as well as for regional deployment, if required, and said he was pleased to see the plans he initiated coming to fruition.

The team, who arrived home this week, has gone through a gruelling eight weeks of training to make them the leaders that Cayman needs to take the new Regiment forward.

"We can all be proud of our officers performing so well at the top military training establishment in the world. Excellent Ambassadors for our islands," said Roper.

The officers also completed training with the Royal Bermuda Regiment earlier in the year.

The Cayman Regiment is the home defence unit of the Cayman Islands. It is a single territorial infantry battalion of the British Armed Forces. The Regiment is expected to see an increase of personnel from 50-plus to approximately 175 by the end of 2021.

Activities of Defence Regiment to proceed amid crisis