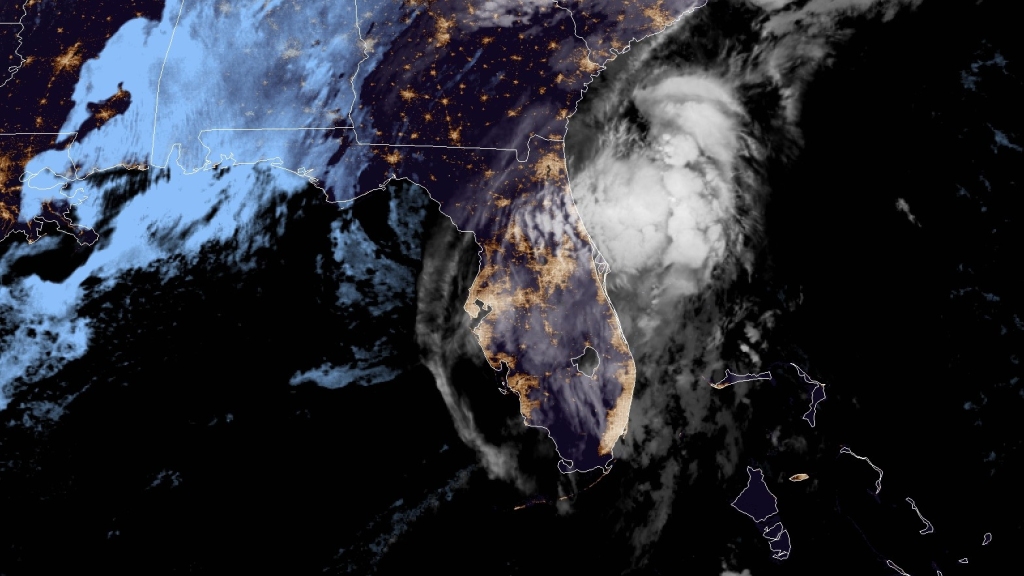 The US National Hurricane Centre (NHC) has forecast that Eta will produce an additional one to three inches of rain across portions of the Florida Peninsula through today, with isolated maximum storm total accumulations of 20 to 25 inches in South Florida.

Localized flash and urban flooding will be possible across the Florida Peninsula today, especially across previously inundated areas.

Minor river flooding is expected across portions of west Florida lasting into the weekend.

The Storm Surge and Tropical Storm warnings have been discontinued for the west coast of Florida.

NHC said water levels remain elevated and will gradually decrease throughout the day as the storm moves inland. 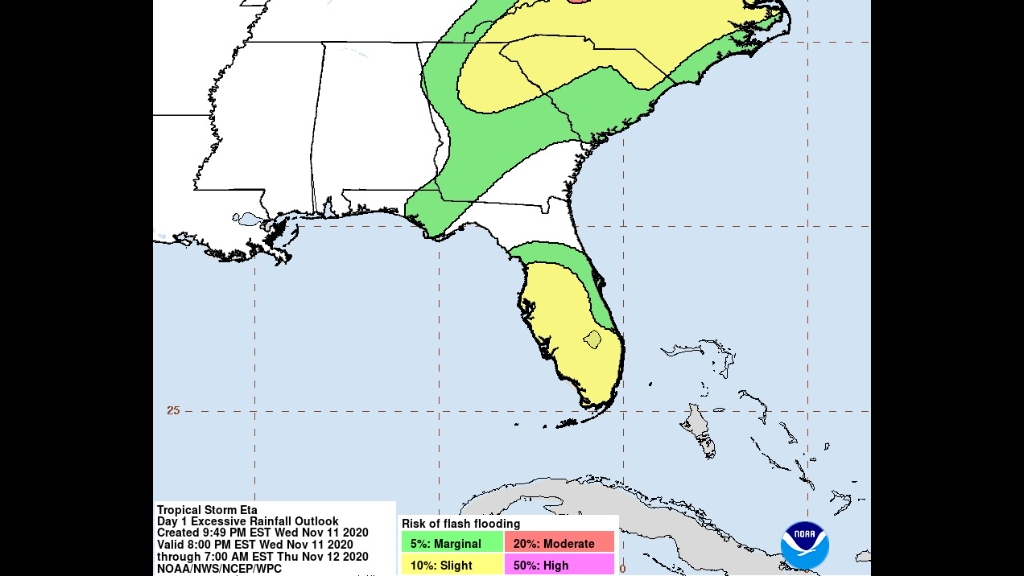 A Tropical Storm Warning is in effect from the Flagler/Volusia County Florida line northward to St Andrews Sound, Georgia.

At 7am EST, the centre of Tropical Storm Eta was located about 10 miles (15 km) west of Gainesville and about 60 miles (95 km) southwest of Jacksonville.

Eta should move across northeastern Florida this morning and emerge into the western Atlantic this afternoon.

The cyclone is expected to accelerate over the western Atlantic and move parallel to, but offshore of the Carolinas before heading well east of the Mid-Atlantic coast by late Friday.

Eta’s maximum sustained winds have decreased to near 45 mph (75 km/h). 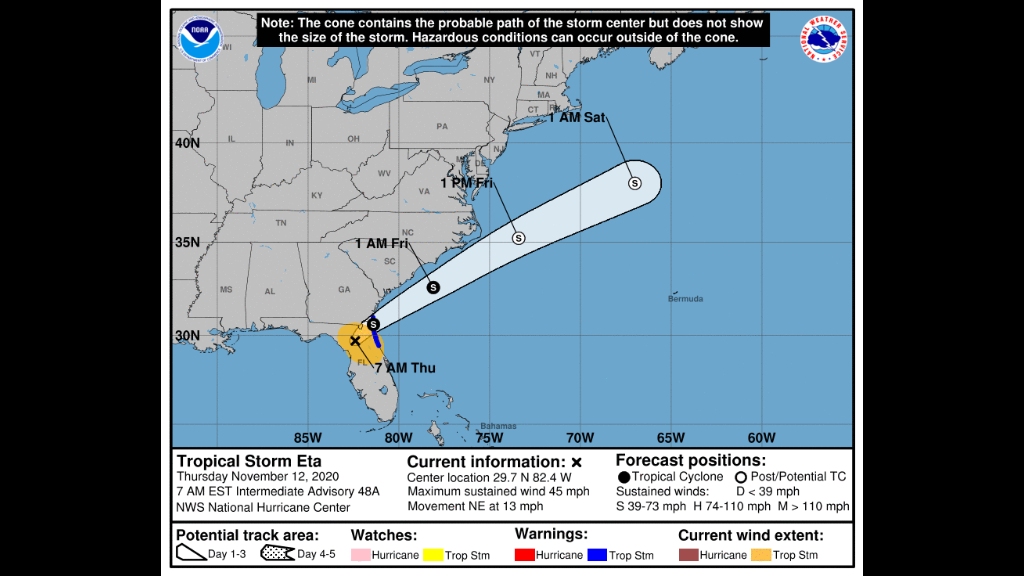 Tropical-storm-force winds extend outward up to 115 miles (185 km) primarily over water to the east of the centre.

Eta continues to meander just off the coast of western Cuba