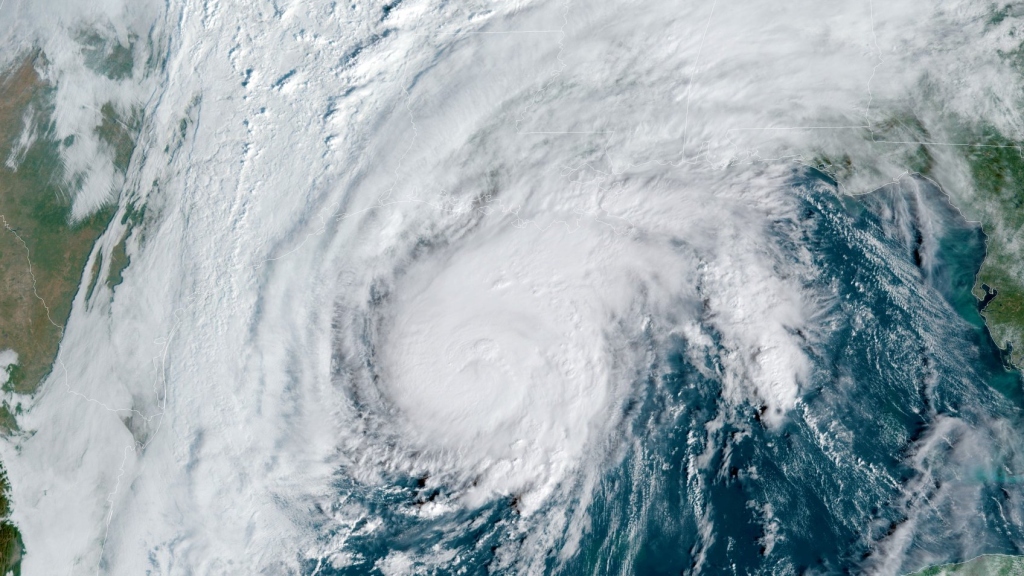 A few tornadoes are expected this afternoon over parts of Louisiana, Mississippi, Alabama and the Florida Panhandle as Hurricane Zeta nears the US mainland.

The US National Hurricane Centre said Hurricane Zeta was over the Gulf of Mexico, about 220 miles (3,550 km) southwest of the mouth of the Mississippi River, around 10 am CDT.

On the forecast track, the centre of Zeta will make landfall in south-eastern Louisiana this afternoon.  Zeta will then move close to the Mississippi coast this evening and move across the south-eastern and eastern United States on Thursday.

Zeta has maximum sustained winds that are near 90 mph (150 km/h) with higher gusts.

Some additional strengthening is possible during the next few hours.

Areas of heavy rainfall, both in advance of and along the track of Zeta, will impact areas from the central Gulf Coast to the Mid-Mississippi and Ohio Valleys, and eastward into the southern/central Appalachians and Mid-Atlantic until Thursday.  Rainfall totals of two to four inches with isolated amounts of six inches are expected across these areas.