Conservation officer captures 2 bodies of water meeting off of Cayman 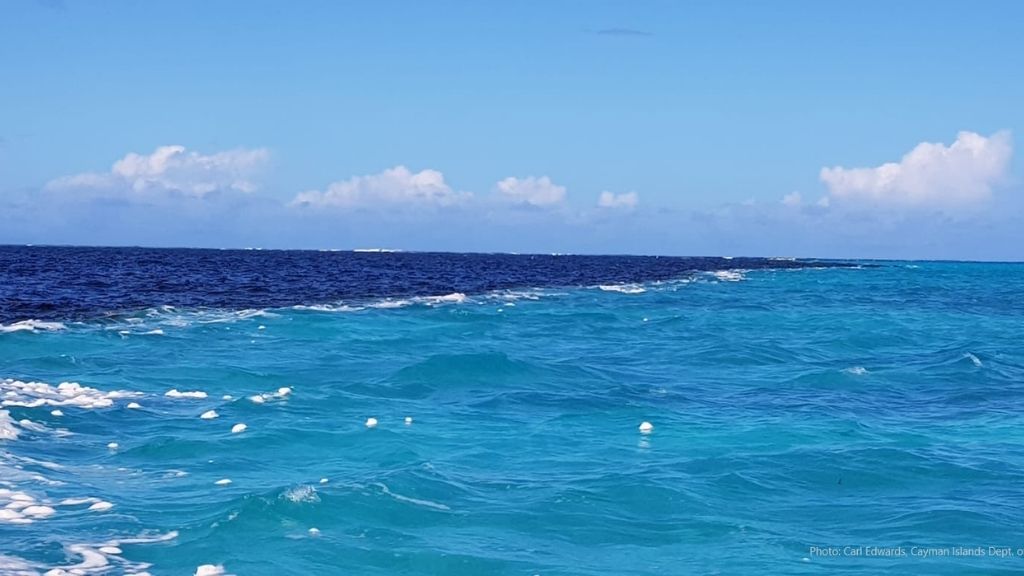 Those who travel the oceans for a living get the opportunity to observe some of the most spectacular natural marine phenomena. Some sights are so special that it is best to capture them through lens to preserve that moment for life.

Such was the case of Carl Edwards of the Cayman Islands Department of Environment during a coastal journey along the north side of Grand Cayman when he captured what appeared to be two hues of ocean separated by a strip of white foam.

"This is not a photo of the reef, but of two bodies of water meeting inside the North Sound: open ocean water (light blue) and sound water (dark blue)" said a Facebook post from the CI Department of the Environment.

"The dark water is coloured by the red tannins from the mangroves and phytoplankton (which makes the water look green) from the back of the North Sound. It is unusual that both can be seen so easily. The sea foam where both bodies of water meet makes for an interesting visual marker," the post continued.

North Sound is the largest protected bay in Grand Cayman. It is a shallow saline lagoon located in the west-central part of Grand Cayman and covers an area of about 35 square miles, with an average width of approximately 6 miles. The deepest point of North Sound is about 15 feet. 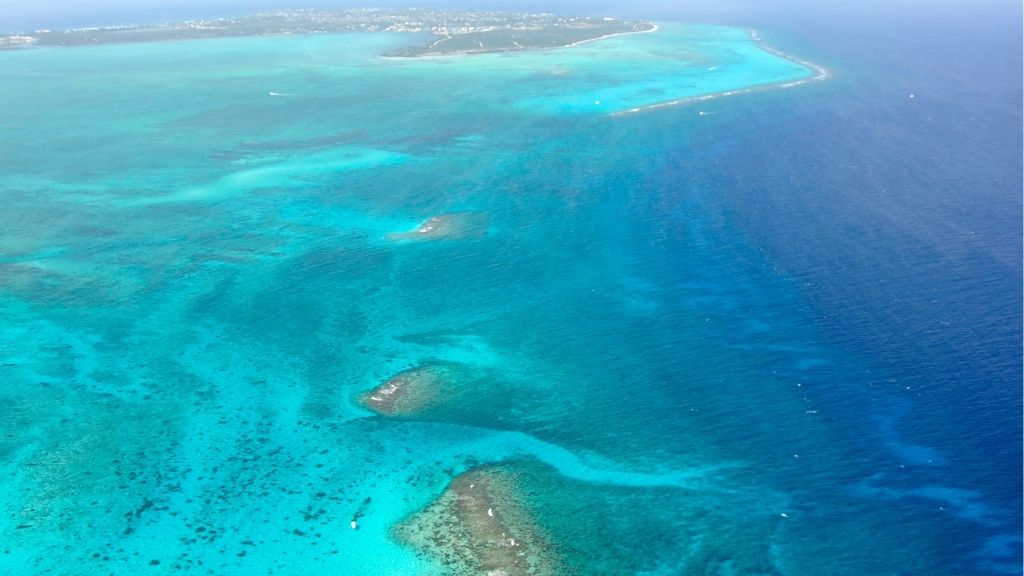 For the most part, the shoreline of North Sound is bordered by mangrove trees that grow in relatively shallow water. The northwestern shoreline is formed by a limestone cliff several feet above the lagoon level, while at the northeastern extremity of the sound, the shoreline is a carbonate sand beach.

North Sound is said to contain up to 4 metres of sediments that accumulated under the influence of the Holocene rise in sea level.

The sound is separated from the open sea by a discon­tinuous northwest-southeast trending coral reef. Three breaks in the reef serve as main points of entry from ocean waters into the sound.

It is this merger between the sound waters and the open waters that creates the impression of a colour-change at a specific boundary, giving a sense of two different water bodies that decided not to blend together.

According to NASA, the color of the ocean is determined by the interactions of incident light with substances or particles present in the water.

The reason the ocean is blue is due to the absorption and scattering of light. The blue wavelengths of light are scattered, similar to the scattering of blue light in the sky but absorption is a much larger factor than scattering for the clear ocean water. In water, absorption is strong in the red and weak in the blue, thus red light is absorbed quickly in the ocean leaving blue. Almost all sunlight that enters the ocean is absorbed, except very close to the coast. The red, yellow, and green wavelengths of sunlight are absorbed by water molecules in the ocean. When sunlight hits the ocean, some of the light is reflected back directly but most of it penetrates the ocean surface and interacts with the water molecules that it encounters. The red, orange, yellow, and green wavelengths of light are absorbed so that the remaining light we see is composed of the shorter wavelength blues and violets.

The most important light-absorbing substance in the oceans is chlorophyll, which phytoplankton use to produce carbon by photosynthesis. Due to this green pigment - chlorophyll - phytoplankton preferentially absorb the red and blue portions of the light spectrum (for photosynthesis) and reflect green light. So, the ocean over regions with high concentrations of phytoplankton will appear as certain shades, from blue-green to green, depending upon the type and density of the phytoplankton population there. The basic principle behind the remote sensing of ocean color from space is this: the more phytoplankton in the water, the greener it is....the less phytoplankton, the bluer it is.

Three men charged for importing $1M worth of cannabis