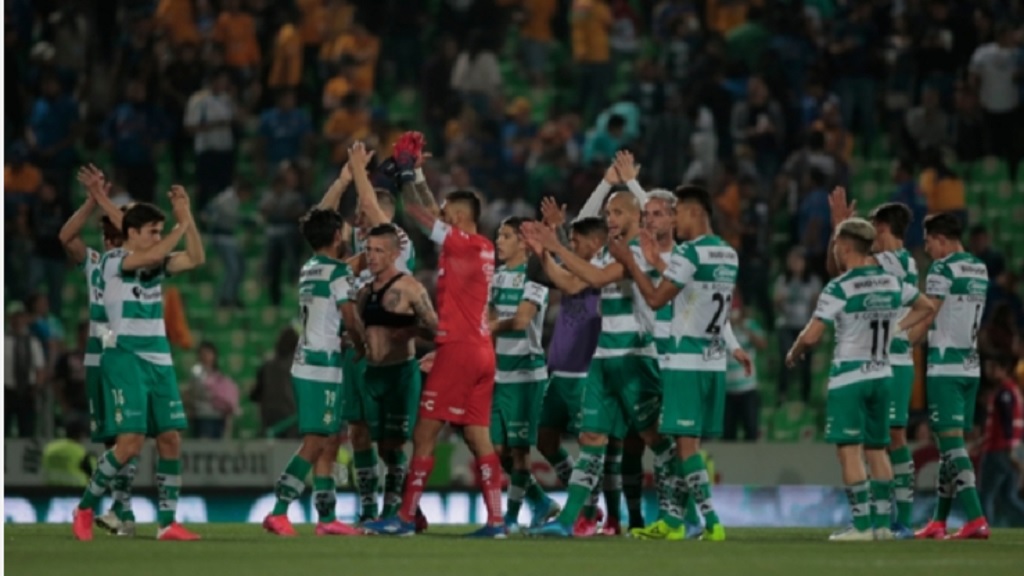 Another four positive coronavirus tests have been confirmed at Liga MX club Santos Laguna, meaning a total of 12 players have been infected.

Liga MX detailed on Wednesday that eight members of the team had tested positive for COVID-19 this week, although all of them were asymptomatic.

But another nine tests were carried out after the initial wave and four of those have returned unwanted results.

A Liga MX statement, which also confirmed 23 negative tests at Atlas had been returned, read: "The second part of the results of COVID-19 testing carried out on the players of the Santos Laguna was delivered. Of these, four out of nine were positive.

"The players will be isolated and under observation according to the guidelines of the health authorities."

Liga MX has been suspended since March 15 due to the COVID-19 pandemic, with no plans in place at this stage for how and when the competition will restart.

However, after the first collection of positive tests, Santos president Alejandro Irarragorri accepted the development "complicates the return in a big way", suggesting it was a "bucket of cold water".