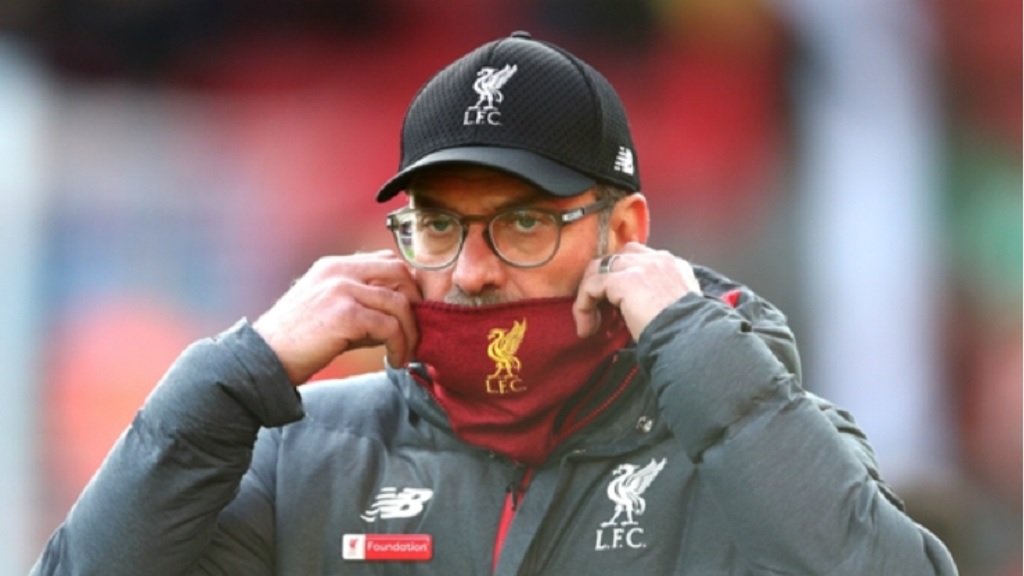 Jurgen Klopp insists player safety will come first and nobody in his Liverpool squad will be forced to train or play if they do not want to.

The Reds returned to training on Wednesday, with manager Klopp donning a face mask to put his players through their paces in small groups.

While Klopp enjoyed getting back to work at Melwood, he underlined the player-first approach the club will be taking as the threat of coronavirus continues to linger.

"It is the players' choice and that is clear," Klopp, whose squad sits on the brink of a maiden Premier League title, told Sky Sports.

"I said before the session, 'You are here on free will. Usually, you sign a contract and you have to be in when I tell you, but in this case, if you don't feel safe, you don't have to be here'.

"There are no restrictions, no punishment, nothing. It's their own decision and we respect that 100 per cent.

"The boys are fine. We would never put anybody in danger to do what we want to do. Yes, we love football, yes, it's our job, but it's not more important than our lives or the lives of other people."

Asked how he found the experience of returning to work following a shutdown that started back in March, Klopp was characteristically enthusiastic.

"Brilliant, I really enjoyed it. The weather is fantastic, and the boys are in good spirits," he said.

"This morning we had to come already changed so I felt a bit like a policeman in my uniform - finally, for the right reasons again. That felt pretty special.

"Then coming to Melwood and seeing all the boys was nice. Before the session, we had to give an introduction to make sure everything went in line. It was a short meeting and then a little bit more about the targets and then we started training. That was the best part for a while, really good.

"The first 10 players were here, we have groups of five that train at the same time on different pitches obviously, far away from each other. It looked like football and that is what we want to do.

"For the boys, they had the longest break ever, around nine weeks. The international players usually have around two weeks in the summer, so we need to get used to a lot of things again. But the first impression was really positive."

A total of 748 players and staff across the Premier League underwent tests for COVID-19, with six yielding positive results.

No date has yet been set for a return to action, though it is hoped the first top-flight fixtures behind closed doors could take place in June.