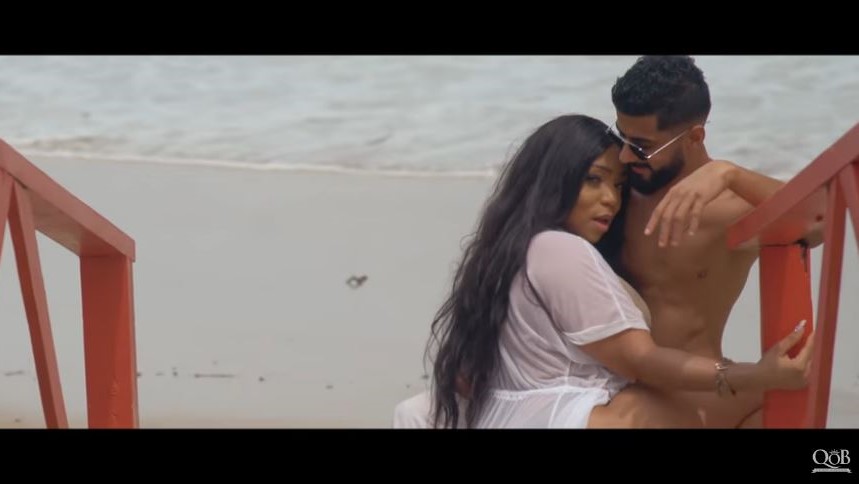 Destra Garcia has incurred the wrath of women all over Trinidad and Tobago after her new video featuring cricketer Ali Khan dropped on Sunday.

The video for the song Me Gusta shows the Queen of Bacchanal getting close to the handsome cricketer.

As the video went viral, women jokingly threatened the singer for impinging on the man of their dreams.

"Whattttt!!noooooo eh!!! He is offfff limits!! Such a painful video..I barely made it midway😭.. how yuh go do meh dat!!! Destra looking for licks🤣” said one woman on Facebook

"Ah ready to run up she chest. We ain't sharing him na. haahHHa, " wrote another.

Garcia told Loop News she wanted a guy who was attractive and trending to feature in the video.

When Khan, who she said is a sensation in cricket, was suggested, she reached out to Dwayne Bravo to help her link it and the rest is history.

Garcia described Khan as a really nice person and said he was a gentleman throughout the video shoot. It was the first time the pair had met.

"He was cool, calm, professional, respectful toward women, "she said.

In the song, which she describes as a 'Socaton', Garcia gives fans a taste of her language skills.

Garcia, who is fluent in French and Spanish, said this is the first time she is singing in Spanish.

“Also, because we have so many Venezuelans in Trinidad now, I felt it imperative to include them in our culture," she said.

Garcia, who was a regular performer in Güiria, Venezuela, said she has a lot of Venezuelan fans now living in Trinidad and she wanted to sing something for them.

Me Gusta was written by Keegan Taylor and recorded at Maha Studios since last year.