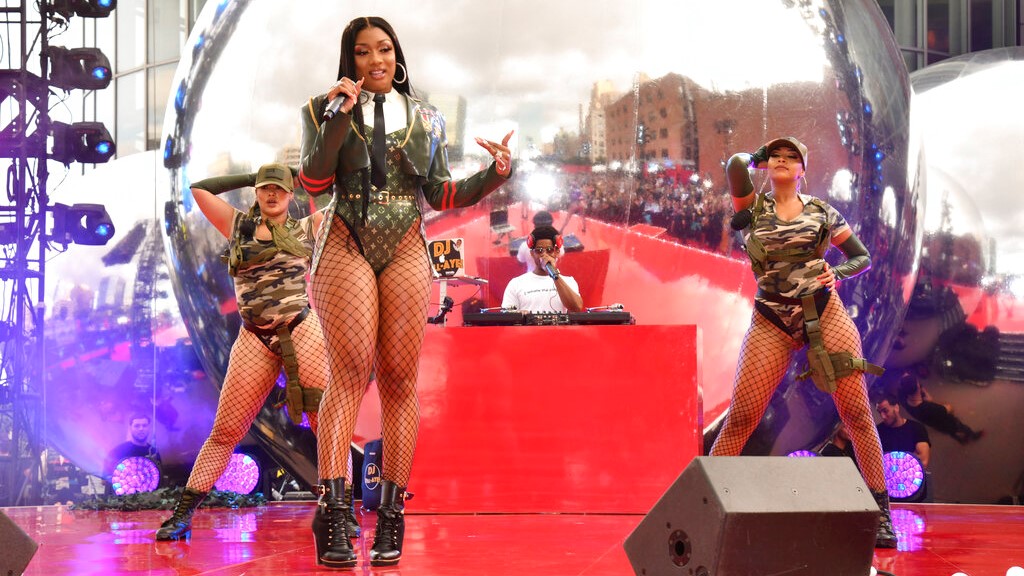 Megan Thee Stallion says she works extremely hard in the studio writing music, and so became more than a little worried when she almost couldn't release her new album because of a dispute with her record label.

"I was super nervous," she said in an interview with The Associated Press this week after a Houston judge ordered the Friday release of her album as her bitter court battle with her label continues.

"I'm super passionate about music. I love the fact that music is what connects me to my hotties, so not being able to put out music, that would hurt my relationship with my listeners," she continued. "I'm like, 'Oh thank you Lord' when I found out I could drop new music."

The 25-year-old released the nine-track album, "Suga," on Friday. It comes after the release of the projects "Fever" and "Tina Snow" that helped establish Stallion's name in hip-hop, and even on the pop charts. Last year she made the 2019 TIME 100 Next List, was named one of the AP's Breakthrough Entertainers of the Year, won prizes at the MTV Video Music Awards and BET Hip-Hop Awards, and was honoured by Variety and Billboard magazines.

But not everything has been going smoothly.

The performer posted on social media that she and her management team at Jay-Z's Roc Nation company tried to renegotiate a bad contract she signed years ago with Houston-based record label 1501 Certified Entertainment. It's become a battle marked by rancorous social media exchanges that Stallion and her associates regarded as threatening and intimidating.

Stallion accused the label of not sharing data on her music sales with her management. She said that when they sought to renegotiate terms of her record contract as a result, the threats and attempts at intimidation increased.

Representatives for 1501 didn't immediately reply to an email from The Associated Press seeking comment.

Stallion got a small win in court Monday when State District Judge Robert Schaffer issued the initial temporary restraining order that barred 1501 from withholding release of her music on schedule. State District Judge Beau Miller reaffirmed the order Wednesday while denying 1501's appeal, and a March 13 hearing has been scheduled for her request for a temporary injunction against the label.

"Roc Nation is awesome. Even before I had officially signed with them, they started helping me with stuff," Stallion said, noting that they helped her enroll into school swiftly. "They took some of the load off of what I had going on in my everyday life. I was like, 'Yeah, this is the place I want to be.'"

Stallion's hits include "Hot Girl Summer," "Big Ole Freak" and "Cash (Expletive)." She said her advice to up-and-coming artists is to read the contracts you sign carefully.