One Love Together Concert begins today 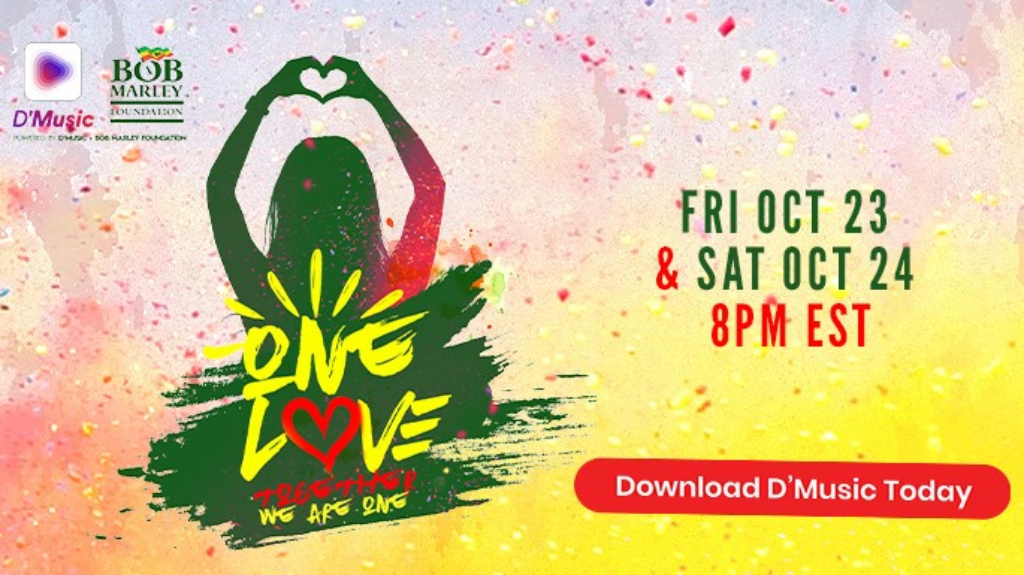 On October 23 and 24 from 8pm EST, Digicel will host the One Love Together concert featuring dozens of extraordinary performers from across the Caribbean, Africa, Asia Pacific and beyond.

In celebration of Digicel’s relaunch as a Digital Operator and Better Together brand positioning, these musicians will take to D’Music’s virtual stage for a weekend of entertainment and charity. Streaming live via D’Music, the concert will also be shown on Facebook Watch and Digicel’s social media pages, giving viewers a range of options for this digital experience.

Looking to show that Digicel and its customers are better together, viewers tuning in to the One Love Together concert will be encouraged to make a small donation in lieu of a concert ticket. These donations will go towards bridging the digital divide by providing children in need with tablets and internet access. Contributions can be made via Paymaster: www.digicelgroup.com/onelove

Digicel Chief Marketing Officer, Peter Lloyd said: “Universal access to a good education has never been more important. In response to the Covid-19 pandemic, we have seen a massive swing towards online lessons in all of our markets, with virtual classrooms quickly becoming the norm. We are looking to bridge the digital divide, by raising awareness and funding to provide children with tablets, devices and internet access in our more vulnerable communities.”

Hosted by ZJ Sparks from Jamaica and Barrie Hype from Saint Lucia, the concert will feature reggae royalty Stephen Marley along with other musicians, including Bounty Killer, Beenie Man, J Boog, Pato Ranking and Patrice Roberts.

“To watch the concert, simply download D’Music or check out our social media pages and get ready for a big-night in! Actually - make that two! With so many amazing performers supporting, we’ve had to spread the love over two nights. And the excitement doesn’t stop there, because after the concert you can stream music from your favourite artistes through D’Music, watch the highlights on Digicel’s social media pages, and read the recap on Loop,” said Lloyd.