Down Syndrome Awareness Month celebrated at the Lighthouse school 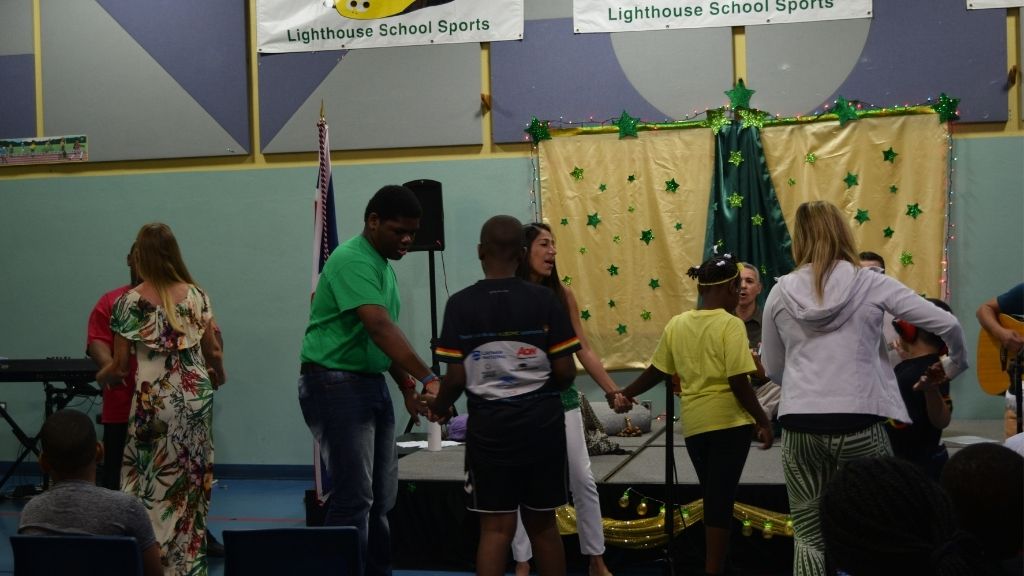 The inaugural “Sensory Celebration of Diversity” concert on October 9 was a delightful celebration of diversity recognising the talents of students while acknowledging October as Down Syndrome Awareness Month, and highlighting the importance of Autism and Cerebral Palsy Awareness.

Dr Aidan Tumilty, Deputy Principal of the Lighthouse School expressed, “We are absolutely delighted and so grateful for the support that the Lighthouse School has received in recognition of our wonderfully diverse school community, and our society as a whole. We successfully sold out all of our neurodiversity shirts with the proceeds going towards the furtherance of education and awareness raising efforts. We look forward to growing the concert as a platform to showcase the talents of our students in the years to come.”

On the morning of the event, the school hall at the Lighthouse School was filled with energetic and gleeful students, teachers and a host of dignitaries.  All in attendance were greeted by Dr Aidan Tumilty and emcee, with warm welcome remarks delivered by student Calum O’Brien, followed by a prayer, the national anthem and finally the national song sung by a wonderful trio of students consisting of Kadi McLaughlin, Tavon Brady and Marion Wheatle.

Opening remarks by the Hon. Juliana O’Connor Connolly, JP, Minister for Education, Youth, Sports, Agriculture and Lands presented students with an inspiration and uplifting message followed by a special performance by the Savannah Primary school choir, a special steel pan performance by His Excellency the Governor, Mr. Martyn Roper OBE, accompanied by Mr Earl La Pierre and Mr. Glen Inanga.  The remainder of the concert featured a unique musical performance by the Buddho Medicine Songs group, and other artistic expressions consisted of singing by Yahdah Miller and a special piece entitled “Gold” by Ms Susan Whittaker’s class, a poetry recital by Tavon Brady and special awards presentations.

In observance of Autism Awareness, the Human Rights Commission purchased and wore shirts sold by the Lighthouse School that featured a colourful and stylish design that highlights the Autism Rights Movement rainbow-coloured infinity loop representing the diversity of individuals with autism spectrum disorder and the wider neurodiversity movement.

The Human Rights Commission Chairman Mr Dale Crowley attended the concert and expressed his appreciation of the hard work and effort by the students and teachers for making the event a successful celebration of diversity in speaking with Dr. Aidan Tumilty, Deputy Principal.  Mr. Crowley further remarked “The Human Rights Commission was pleased to be invited in this inaugural celebration of diversity and the Commission looks forward to future partnership opportunities with the Lighthouse School to further their awareness efforts of Neurodiversity.”