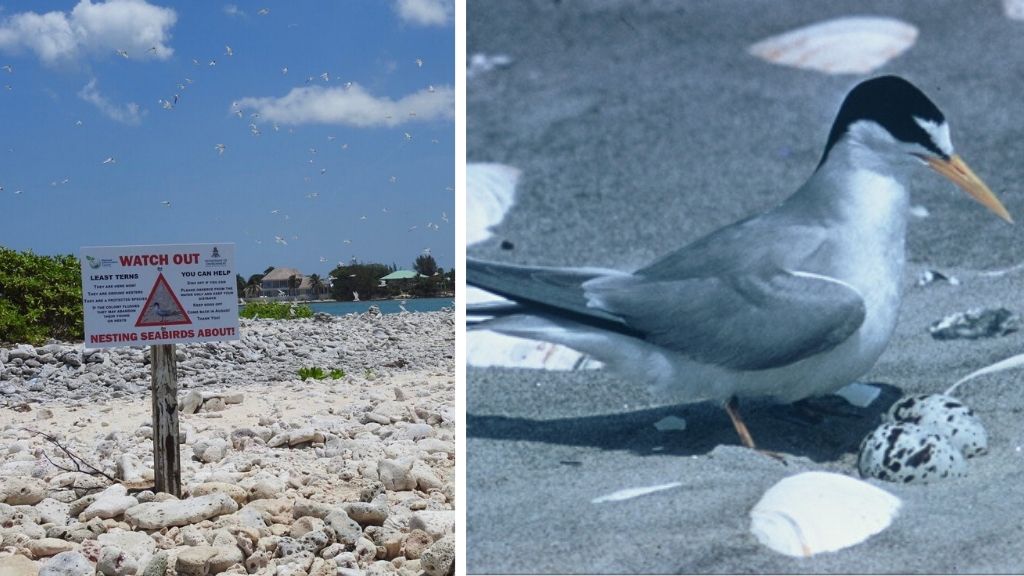 Least Terns, Sterna antillarum antillarum, are currently nesting on Sand Cay in South Sound. The population has built 117 nests so far. Least terns lay one to three eggs per nest, with most of the nests containing two eggs each.

According to the West Indian Seabird Breeding Atlas, there are around 400 of the birds in the Cayman Islands, but the numbers are declining due to habitat loss and predators.

May, June and July is the breeding season of Least Terns. Caymanians are asked to stay off the Cay until August as people, dogs and drones will disturb the flock and chicks might die from abandonment.

According to the Department of Environment (DoE), "Least tern nests are barely more than small indentations in the sand. No nesting material marks the nesting event" and as such it is necessary to move with extreme care where there are nests.

A previous study conducted by the DoE found that largely the eastern upper ridge of Sand Cay constituted the main nesting site for the Least Tern colony.