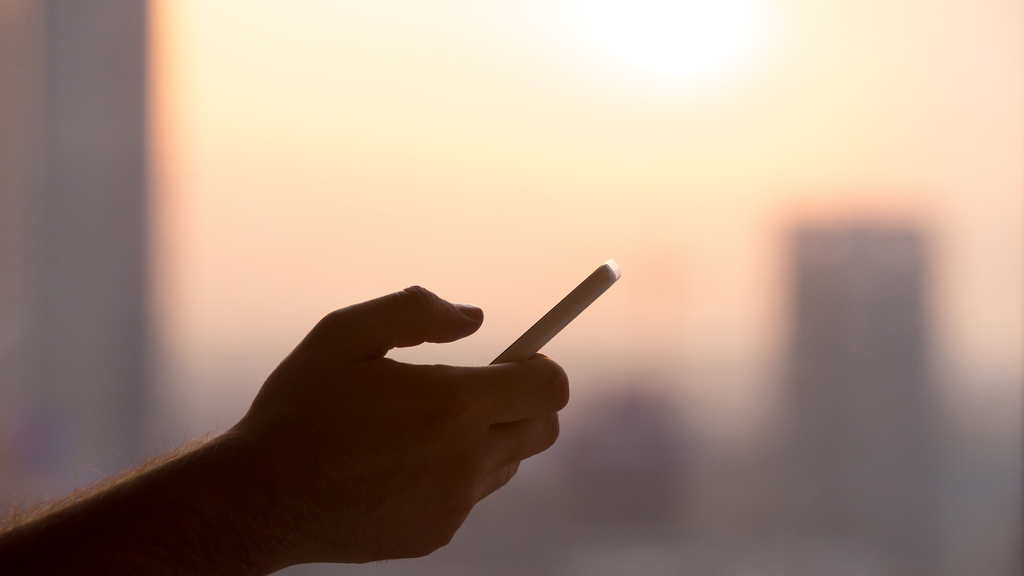 An app to help to contain the spread of the coronavirus will finally be launched in England and Wales on September 24, months later than the British government had hoped.

The Department of Health and Social Care said in a statement that trials in the London district of Newham and on the Isle of Wight, off the southern coast of England, had shown that the app is "highly effective when used alongside traditional contact tracing to identify contacts of those who have tested positive for coronavirus."

Health Secretary Matt Hancock described the app's launch as "a defining moment" and said it will help to contain the virus "at a critical time."

Businesses including pubs, restaurants, hairdressers and cinemas are being urged to download and print a poster with the special scanning code. Customers can then scan the app on their smartphones on arrival at various venues.

The app was once touted as a game-changer, but it has been beset by problems partly linked to conflicting smartphone networks.

The other UK nations, Scotland and Northern Ireland, have launched their own separate apps.

HERE'S WHAT YOU NEED TO KNOW ABOUT THE VIRUS OUTBREAK

— Schools  that are mostly Black, Latino favor starting online, which could worsen inequalities in education

— In Peru, where virus has been particularly deadly, Indigenous  people turn to ancestral remedies

Here's what else is happening:

PESHAWAR, Pakistan — Pakistani authorities have announced the shutdown of a 250-bed COVID-19 hospital which was set up months ago in the country's northwest amid increasing fatalities and infections from the coronavirus.

The medical facility for handling COVID-19 patients was set up at Lady Reading Hospital in the city of Peshawar after Pakistan reported its first confirmed case in February.

He said currently they had only nine COVID-19 patients who will be moved to a new 25-bed ward at the hospital.

Other hospitals in Pakistan also plan to convert special COVID-19 wards of hospitals into other medical facilities.

The announcement comes hours after the government reported one of the fewest five fatalities from COVID-19 in the past 24 hours, raising hopes that Pakistan is on the right path to fully containing the new virus despite having a fragile health system.

PRAGUE — The number of people infected with the coronavirus is surging in the Czech Republic, setting a record for the second time this week.

The Health Ministry says the day-to-day increase in the COVID-19 cases reached 1,382 on Thursday.

In the two previous days, the number of infected in one day surpassed 1,160.

In reaction to the spike, the Czech Republic has returned to mandatory wearing of face masks in interior spaces.

The Czech Republic has had a total of 32,413 COVID-19 cases and 448 people have died, according to government figures on Friday.

BANGKOK — Myanmar on Friday re-imposed tough measures to control the spread of the coronavirus, banning travel out of the country's biggest city, Yangon, and grounding all domestic flights. Both measures, announced just hours before taking effect, will be in place until October 1.

An upsurge in coronavirus cases that began in August in the western state of Rakhine has since spread to other parts of the country. Health authorities had already ordered partial lockdowns in 29 of Yangon's 44 townships, and roadblocks were set up Friday closing some smaller streets in the city.

State Counsellor Aung San Suu Kyi, the country's de facto leader, said in a televised speech Thursday night that while the new regulations might appear too restrictive, if they are strictly obeyed for two or three weeks, the outbreak would be under control.

The Health Ministry on Friday announced 115 new confirmed cases of COVID-19, bringing the total to 2,265, including 14 dead. Until the latest outbreak, Myanmar appeared to have largely been spared from the pandemic, having recorded just 353 virus cases as of the beginning of August.

Portugal, which is seeing a steady increase in coronavirus infections, was put back on Britain's quarantine list on Thursday, three weeks after it had been taken off it.

British transport secretary Grant Shapps said the 14-day self-isolation rule only applies to those arriving from mainland Portugal, excluding the Azores or Madeira.

"We have a certain feeling of unfairness because we don't close our doors to entries," Portugal President Marcelo Rebelo de Sousa said late Thursday, according to public broadcaster RTP. "There are other countries that have much more difficult and complicated situations."

He said the decision punished regions like Algarve, in the south, which is a magnet for tourists from Britain and where the spread of the virus is lower than in big cities.

Tourism, which accounts for 15 per cent of Portugal's gross domestic product and roughly 9 per cent of its jobs, has taken a big hit from border restrictions.

NEW DELHI — India edged closer to recording nearly 100,000 coronavirus cases in 24 hours as it ordered retesting of many people whose first results were from a less reliable testing method that's being widely used.

According to the Health Ministry, India recorded another spike of 96,551 cases in the past 24 hours, taking its caseload to 4.56 million. It also reported on Friday another 1,209 deaths, taking total fatalities to 76,271.

It also said some negative rapid antigen tests should be redone through the more reliable RT-PCR method, the gold standard of coronavirus tests that looks for the genetic code of the virus.

The retesting order applied to people who had negative results but had fever, coughing or breathlessness, or people who developed those COVID-19 symptoms within three days of their negative test results.

Using the rapid antigen, or viral protein, tests has allowed India to dramatically increase its testing capacity to more than 1.1 million a day, but the quicker, cheaper test is less reliable and retesting is often recommended.

The directive was meant to ensure infected people did not go undetected and to check the spread the disease among their contacts.

SEOUL, South Korea — South Korea's daily count of new coronavirus cases is under 200 for a ninth straight day, continuing a downward trend in fresh infections for the country.

The Korea Centers for Disease Control and Prevention said Friday the 176 cases added in the previous 24 hours took the national tally to 21,919, with 350 deaths.

South Korea's daily caseload was above 400 in late August, with clusters of new infections in churches, schools, restaurants and other spots, mostly in the Seoul metropolitan area. The outbreak has gradually slowed after authorities imposed stronger social distancing rules.

Health official Yoon Taeho says the government believes the country's caseload is in general on a downward trajectory though he urges people to keep trying to reduce face-to-face contacts with others and follow social distancing guidelines.

India now 2nd behind US in virus cases amid economic pain