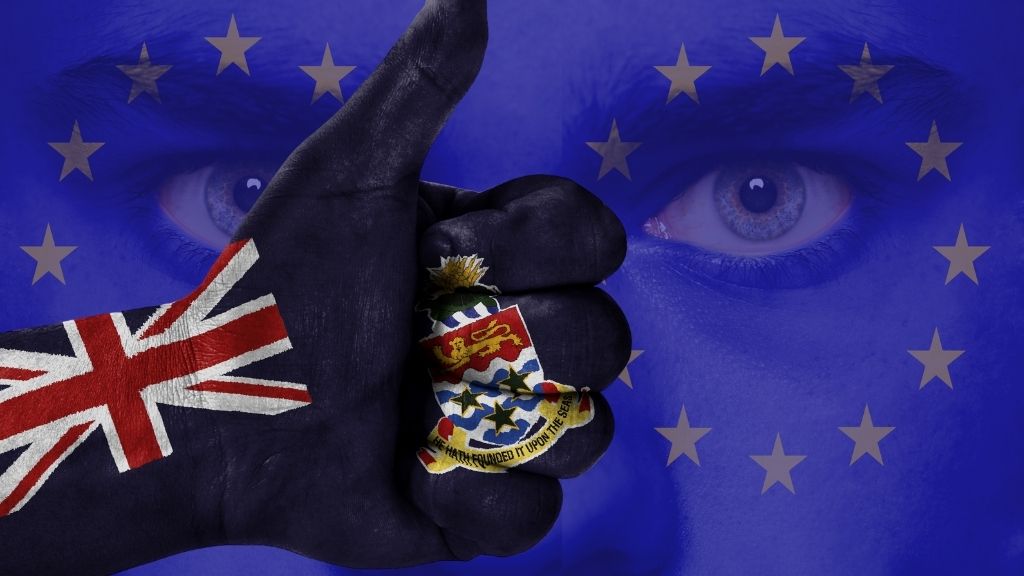 "Some very good news this wet and stormy morning, the Cayman Islands has been removed from the EU's list of non-cooperative tax jurisdictions."

These were the words of an early morning announcement that Premier, Alden McLaughlin made via Twitter at 7:15am on October 6.

While there continue to be 12 jurisdictions on the list, with two countries being taken off and two others added, the Cayman Islands yesterday breathed a sigh of relief after it was officially announced that it was removed from the EU list of countries that were deemed as either non- or partly compliant with international tax standards. Oman was also taken off the list, and Barbados and Anguilla were added.*

Some very good news this wet and stormy morning, the Cayman Islands has been removed from the #EU's list of non-cooperative tax jurisdictions. Please click the link to read more. https://t.co/mb1QcadOln pic.twitter.com/7yJYLfKyRo

This decision has come less than nine months (as of February 2020) after the Economic and Financial Affairs Council (ECOFIN), consisting of the 27 EU member states’ ministers of finance and economics made the decision to add Cayman to its EU list of ‘non-cooperative’ tax jurisdictions.

The group said that the “Cayman Islands was removed from the EU list after it adopted new reforms to its framework on Collective Investment Funds in September 2020."

Since then, The Hon. Premier Alden McLaughlin, Minister Rivers, the Cayman Islands Government and officials in the Ministry for Financial Services have worked closely with the islands’ financial services industry to address the EU’s requirements, expanding the scope of its funds regime to ensure that the Cayman Islands Monetary Authority has legal mandate to supervise all Cayman-based investment funds, while preserving its reputation as a leading offshore financial center.

His Excellency The Governor Mr Martyn Roper said that The UK, via the Foreign, Commonwealth and Development Office (FCDO), HM Treasury and his office have supported the Cayman Islands Government throughout the delisting process.

"There was cooperation from a wide range of industry stakeholders who demonstrated a shared objective and collective resolve to support the jurisdiction’s removal from the list. Cayman engaged constructively and transparently with the European Commission. That included making additional changes to the law, in agreement with the Commission, to ensure it covered all the funds expected to be in scope. This approach had a big impact on the successful conclusion of the negotiations," he said.

Jude Scott, CEO of Cayman Finance indicates that not only is Cayman outstanding as "a transparent jurisdiction without harmful tax regimes" but rather than being harmful, it is in fact a cooperative and beneficial jurisdiction to EU governments and their citizens in the meeting of their economic objectives, post-COVID-19.

He went on to say that "Billions of Euros in investment capital from around the world are being pooled in Cayman CIVs and invested into Europe, providing much needed liquidity to support innovation, R&D and jobs, and environmental initiatives, as well as supporting economic growth and recovery. European pension funds use Cayman CIVs to access global markets more efficiently, securing better returns for the pensioners who rely on them. As the EU has now affirmed, the Cayman Islands financial services industry continues to provide these economic benefits to European investors while meeting and maintaining the very best tax governance principles.”

Other industry associations also welcomed the EU’s recognition of the Cayman Islands’ cooperation and the removal of the jurisdiction from its list of non-cooperative jurisdictions for tax purposes.

Ronan Guilfoyle, AIMA Cayman Chairman, commented: “While we have always been fully confident that the EU would recognise the strength of Cayman’s legal and regulatory regime for both open and closed ended funds, it has been welcome that the Cayman Islands has remained the jurisdiction of choice for so many investment managers and institutional fund promoters around the world who have continued to use Cayman as a fund domicile in great numbers."

The Cayman Islands Fund Administrators Association (CIFAA) stated: “This acknowledges that the Cayman Islands’ regimes for fund regulation, economic substance, exchange of tax and financial information, anti-money laundering and related measures are in line, and in some cases exceed, international standards. The sheer number of private funds registered as part of this process confirms our status as the leading international financial centre, and still the best place to domicile fund structures.”

Francois Lamontagne, President of the Cayman Islands Institute of Professional Accountants (CIIPA) indicated that “CIIPA and its members have been fully supportive of the actions that the jurisdiction has taken to ensure this outcome.  Being removed from this list was crucial to the jurisdiction and demonstrates what can be achieved by the close cooperation of public and private sectors.”

The Cayman Islands Legal Practitioners’ Association (CILPA) also welcomed the EU’s announcement, indicating that “This is an important confirmation for clients of Cayman's legal services product of Cayman’s commitment as a transparent and cooperative jurisdiction for international business transactions. CILPA is appreciative of the efforts of the Government and other stakeholders to achieve this outcome for the financial services industry.”

The Cayman Islands Company Managers Association (CICMA) said it was delighted to hear the announcement that Cayman has been removed from the EU blacklist of non-co-operative tax jurisdictions. “As everyone is aware, Cayman has been a co-operative jurisdiction for a very long time and its efforts have finally been acknowledged, thanks to the hard work of the Ministry of Financial Services, Cayman Finance and especially the members of CICMA who have had to implement, without pause of reward, the various initiatives leading to this acknowledgement.”

The Cayman Islands Chamber of Commerce President, Mr Woody Foster said, “The Chamber congratulates the Government and the private sector for working closely together with the goal of addressing any remaining concerns from the EU and ultimately removing Cayman from the EU Blacklist. We sincerely thank all those in the financial services industry and within Government who worked overtime on this process."

Cayman International Insurance and the Insurance Managers Association of Cayman chair Colin Robinson commented, “We are delighted that the Cayman Islands Government has demonstrated to the EU Cayman’s continued compliance with international standards and ongoing cooperation with international tax authorities.”

In July 2019, the OECD’s Forum on Harmful Tax Practices assessed Cayman’s regime as “not harmful,” the highest ranking possible.

“We will continue collaborating with the EU, including through broadening our dialogue to topics of mutual interest,” Premier McLaughlin said. “These include green financing and key topics outside of financial services, such as environmental matters and tourism.”