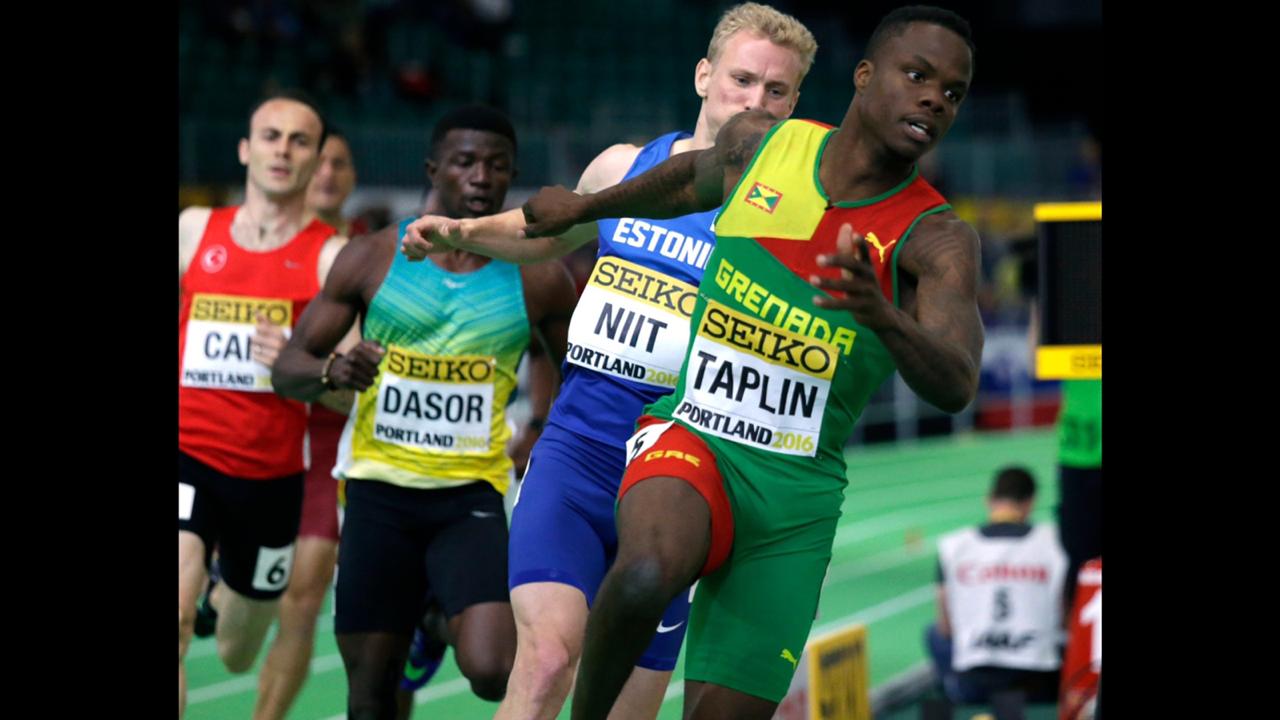 In this Friday, March 18, 2016 file photo, Grenada's Bralon Taplin, foreground, competes in a heat of the men's 400-meter sprint during the World Indoor Athletics Championships, in Portland, Ore. Olympic finalist Bralon Taplin lost his appeal Tuesday, May 19, 2020 against a four-year ban for dodging a doping test, and will miss the Tokyo Games and the next two track and field world championships. (AP Photo/Elaine Thompson, File)

Grenadian athlete Bralon Taplin lost his appeal against a four-year ban for dodging a doping test and will miss next year's Tokyo Games and the next two track world championships.

The Court of Arbitration for Sport (CAS) said Tuesday it found Taplin’s explanation “to be implausible” that he was never approached or chaperoned to give a sample after winning an April 2019 race in Grenada.

According to a court-issued statement, the CAS judge was comfortably satisfied that the Olympic athlete was guilty of the offense of evading sample collection.

The 28-year-old, a former NCAA relay champion for Texas A&M who competes for Grenada, has been banned until Sept. 24, 2023.

Taplin finished seventh in the 400 final at the 2016 Rio de Janeiro Olympics, and he is the eighth fastest man on the all-time-list in the indoor 400.

CAS upheld a ruling by the Caribbean anti-doping organization. It found Taplin was told by a chaperone during track-side media interviews in Grenada that he was needed to give a sample.

The Florida-born athlete said he had not been properly notified that he was selected for the doping control test.

The CAS statement said Taplin subsequently left the stadium and took an early flight out of the country, the following day.

He will miss major meets in each of the next three years, the postponed Tokyo Olympics in 2021, the worlds in Eugene, Oregon, also postponed one year to 2022, and the 2023 worlds in Budapest, Hungary.

The old guards: Asafa and Gatlin hanging on for Olympics in 2021