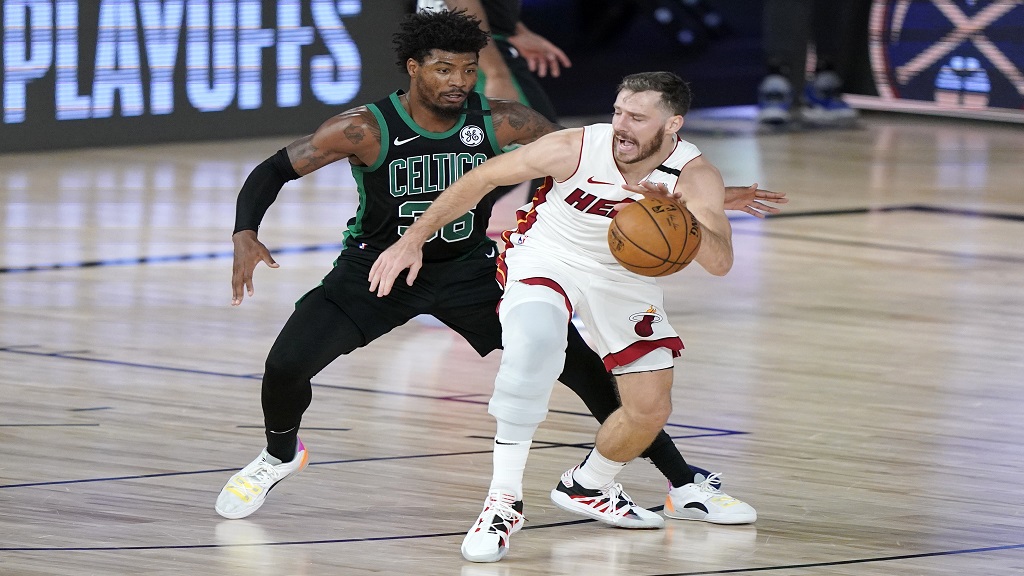 The Miami Heat earned a commanding lead over the Boston Celtics in the NBA playoffs after coming back to win 106-101 in Game 2 of the Eastern Conference finals.

In another tense battle at Walt Disney World Resort, the red-hot Heat sensationally prevailed to move 2-0 ahead in the race to the NBA Finals on Thursday.

The Heat trailed by 17 points in the second quarter and were down by 13 at half-time but overcame the deficit to seize control against the Celtics thanks to Bam Adebayo, who erupted for 15 third-quarter points.

Goran Dragic led the way with 25 points, and Miami's supporting cast contributed across the board to take down the Celtics again in Orlando, Florida, where the Heat are on track to reach their first NBA Finals since 2014.

Adebayo finished with 21 points, Duncan Robinson had 18, Jimmy Butler scored 14, Jae Crowder put up 12 and Tyler Herro added 11 of his own.

Kemba Walker posted 23 points for the Celtics, who had a chance to tie the game with 15 seconds remaining but Jaylen Brown (21) missed a three-pointer as Butler sealed Miami's victory via a pair of free throws.

The Denver Nuggets and top-seeded Los Angeles Lakers will open their Western Conference finals series on Friday. Denver are coming off a stunning Game 7 win over the Los Angeles Clippers.