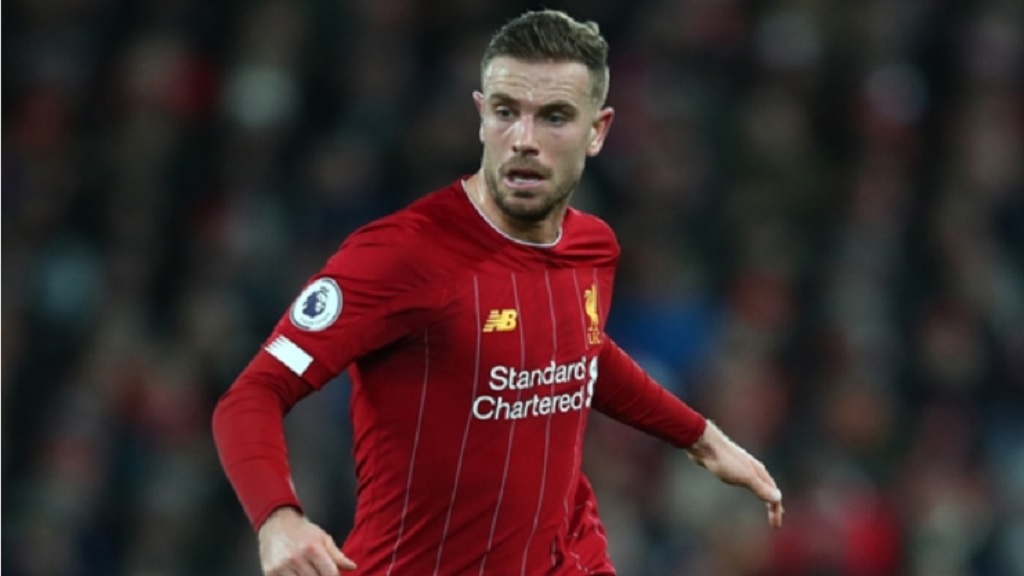 Liverpool captain Jordan Henderson is confident the runaway Premier League leaders will be ready to hit the ground running when they return to action.

Jurgen Klopp's men are 25 points clear at the summit and need only two more wins to clinch a first top-flight title since 1990.

The Premier League has been suspended since March because of the coronavirus pandemic but there are hopes it will be able to resume next month.

Clubs were permitted to return to training in small groups while observing social distancing this week, and Henderson believes Liverpool will be in peak condition to pick up where they left off.

He said: "You need to keep the fitness levels as high as you can, and we were given a programme from the club to do, which was really helpful for us to try to keep some sort of general fitness up so when we do come back in we're at a good enough level to start doing the twisting and turning, the longer passing back into it.

"That's been really good for us and I think a lot of the lads will be at a decent level of fitness so when the time does come where we need to play games, I am sure we will be ready."

Speaking to Liverpool's official website, Henderson added: "It's been a long time, or at least it's felt like a long time [not playing].

"Obviously it was a little bit difficult not knowing when you're going to go back, so you need to tailor it as best you can, which the fitness staff has done unbelievably well for us.

"We're in a good enough position now to start getting going again, getting the balls out and introducing longer passing and getting the sharpness back, which hopefully won't take too long and we'll be right back at it again."

The break has given Henderson time to assess a remarkable campaign that has seen Liverpool drop just five points to date.

"You do reflect a lot more and look back at things, especially with the time we've been sort of off," he said. "I haven't so much looked forward, I've actually looked back a little bit more in terms of the season and actually what we've achieved so far is incredible really, as a team.

"It's more about using that as motivation within training to keep going because when the time comes we want to make sure we're in the best shape we possibly can be to finish off as good as we have been for all season really."

Henderson spoke of Liverpool's "incredible season so far", and said: "We want to make sure that when the time is right and we do start playing games again, we pick up where we left off and continue to perform at the highest level, which, looking back, has been incredible for a long period of time."